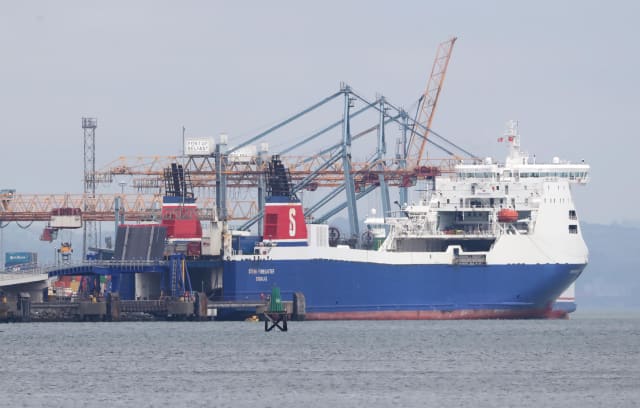 Businesses in Northern Ireland have called on the Government to flesh out the detail on post-Brexit trading arrangements.

The protocol contained in the Withdrawal Treaty is the arrangement by which Northern Ireland continues to follow single market rules for goods and administers the EU’s customs code at its ports.

The Government has acknowledged that regulatory checks will be needed on some goods entering Northern Ireland from the rest of the UK, with the expansion of infrastructure to carry out screening of animals and food products.

The working group said more details were needed to help businesses prepare for the scheduled end of the transition period at the end of 2020.

Its report poses more than 60 questions that business wants answered as soon as possible on areas including VAT, labour, customs and business engagement.

NIBBWG convenor Aodhan Connolly, from the Northern Ireland Retail Consortium, said recent meetings with politicians at home, in Great Britain and in the EU had proved useful.

But he added: “Given the impending ending of the transition period in six months and the level of preparations that will need to be made we must be able to voice our concerns with the Westminster Government and our political leaders in the Executive.

“We said in January to have everything in place that business needs to trade successfully will be a Herculean task and it has only gotten harder since then. We need the government officials in Whitehall to sit down and talk with our technical experts to ensure that solutions work.

“If we get this wrong this is not just an economic issue for business but a standard of life issue for households across Northern Ireland.

“We desperately need  technical detail from the UK Government. We also need a generosity of spirit from the EU to allows derogations to facilitate mitigations. This is going to take movement from both side to make this work.

“We have proven ourselves willing and able to work with the UK Government and the EU on tangible meaningful solutions over the past three years and with the crunch time approaching, we are committed to play our part but we need both sides to work with us.”