What is happening in Hong Kong? 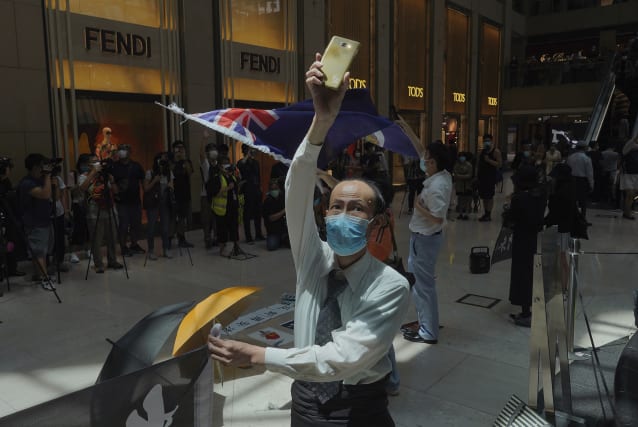 Nearly three million people living in Hong Kong could be eligible for UK citizenship if China presses ahead with plans to gain more control over the former British colony.

But what has led to this unprecedented offer by the Government? And what does it mean for those living in Hong Kong?

– How has China made a power grab?

Beijing’s ceremonial legislature, the National People’s Congress, endorsed a security law for Hong Kong last week that has strained relations with the UK and the US.

The law will alter the territory’s mini-constitution, or Basic Law, to require its government to enforce measures to be decided later by Chinese leaders.

– What does this mean in reality?

The law would make it a crime to undermine Beijing’s authority, and activists in Hong Kong have complained that it might be used to suppress political activity.

It has prompted Washington to announce that it will no longer treat Hong Kong as autonomous from Beijing.

– How has the Hong Kong government responded to the criticism?

Carrie Lam, the territory’s chief executive, has said the central government will not back down on the national security legislation.

Meanwhile, Chinese foreign ministry spokesman Zhao Lijian advised the UK to “step back from the brink” and abandon its “Cold War mentality and colonial mindset”.

– What has Britain offered to do?

Boris Johnson has offered to make what he says would be one of the “biggest changes” in the history of the British visa system.

If China presses ahead with its plans, he has said he would allow 2.85 million people in Hong Kong – registered as British Nationals (Overseas) – the chance of fully-fledged UK citizenship.

– Has the UK ever made an offer like this?

Yes – but not on this scale.

In 1972, when former Ugandan president Idi Amin expelled a large number of Asians, the Government permitted the immigration of 27,000 through the Uganda Resettlement Board.