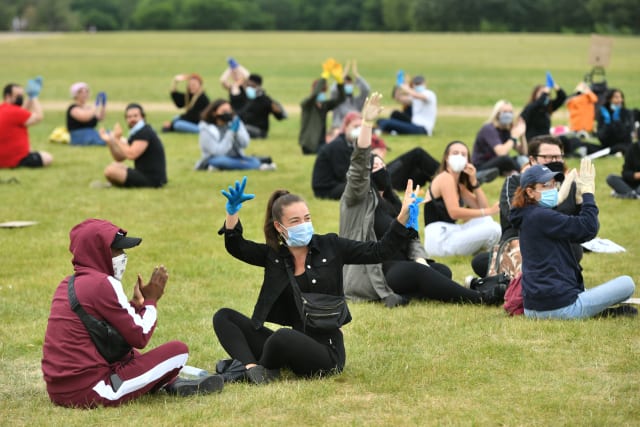 Chief constables from across the UK have issued a joint statement saying they “stand alongside all those across the globe who are appalled and horrified” after a black man died after being restrained by US police.

George Floyd died after a white officer held him down by pressing a knee into his neck in Minneapolis on May 25, sparking days of protest.

In a statement, the chief constables, the chair of the National Police Chiefs’ Council, the chief executive of the College of Policing and the president of the Police Superintendents’ Association said: “We stand alongside all those across the globe who are appalled and horrified by the way George Floyd lost his life. Justice and accountability should follow.”

They have also urged people who want to make their voices heard to be aware that “coronavirus remains a deadly disease and there are still restrictions in place to prevent its spread, which include not gathering outside in groups of more than six people”.

It comes as a number of police officers were on duty at London’s Hyde Park as protesters began to gather for another demonstration in the capital.

Ahead of the protest, both standard officers and liaison officers were seen speaking to protesters, with additional officers on horseback.

Protest organisers reminded attendees to social distance and were seen handing out gloves.

The police leaders’ statement continued: “We are also appalled to see the violence and damage that has happened in so many US cities since then. Our hearts go out to all those affected by these terrible events and hope that peace and order will soon be restored.”

In the US, Tuesday marked the eighth night of the protests, which began in Minneapolis where Mr Floyd died, and quickly spread across the US.

Some protests have included widely reported clashes between police and protesters, including the use of tear gas and rubber bullets.

In the UK, demonstrators previously protested outside the US Embassy in south London as well as in Trafalgar Square following Mr Floyd’s death.

The police joint statement went on to highlight the tradition of policing by consent and said officers are trained to use force “proportionately, lawfully and only when absolutely necessary”.

The statement continued: “We strive to continuously learn and improve. We will tackle bias, racism or discrimination wherever we find it.

“Policing is complex and challenging and sometimes we fall short. When we do, we are not afraid to shine a light on injustices or to be held to account.

“The relationship between the police and the public in the UK is strong but there is always more to do. Every day, up and down the country, officers and staff are working to strengthen those relationships and address concerns. Only by working closely with our communities do we build trust and help keep people safe.”