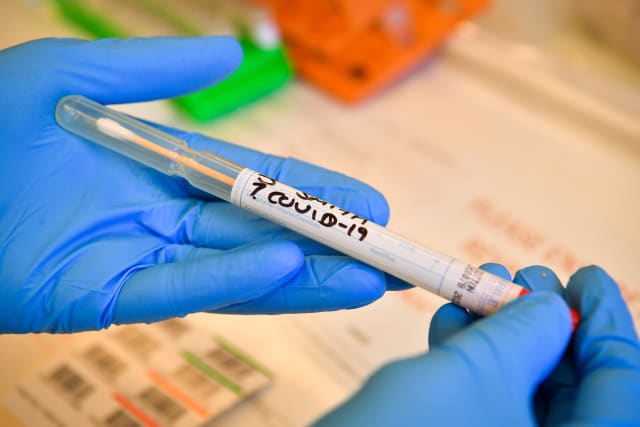 Boris Johnson has said thousands of people have been traced under the Government’s test and trace system for Covid-19, although he did not give a precise figure.

During a heated exchange with Labour leader Sir Keir Starmer at Prime Minister’s Questions in the Commons, Mr Johnson said thousands of people were being tested every day for coronavirus and their contacts traced.

It comes after some of the 25,000 contact tracers employed by the Government told the media they have nothing to do, despite earning up to £27.75 an hour.

Channel 4 News also reported on Tuesday that of 4,634 contacts provided to NHS Test and Trace by people who have tested positive for Covid-19, just 1,749 were contacted in the first four days of the system going live.

The Department of Health said those figures were out of date, adding that it intends to publish weekly performance data shortly.

Mr Johnson told MPs: “Thousands of people are being tested every day.

“Every person who tests positive in the test and trace programme is then contacted, then thousands of their contacts are then contacted, people they have been in contact with.

“At the moment as a result of our test, track and trace system… thousands of people are now following our guidance, following the law, and self-isolating to stop the spread of the disease.”

He added: “I can undertake to him (Mr Hunt) now to get all tests turned around within 24 hours by the end of June except for difficulties with postal tests or insuperable problems like that.”

Mr Johnson also rejected Sir Keir’s claim that the Government’s test, track and trace system is not yet fully operational.

Sir Keir said: “Two weeks ago today at the despatch box the Prime Minister promised that we will have a test, track and trace operation that will be ‘world-beating and yes it will be in place by June 1’.

“But it isn’t. And a critical element, the ability of local authorities to respond to local spikes, is missing.”

Mr Johnson replied: “I’m afraid he’s casting aspersions on the efforts of tens of thousands of people who have set up a test, track and trace system in this country from a standing start.