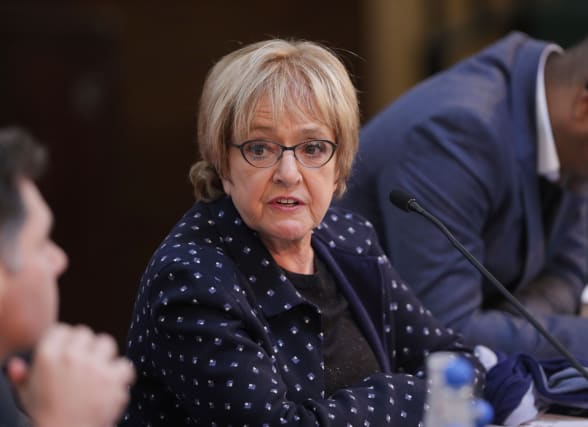 The former chairwoman of the Public Accounts Committee has called on the Government to deny coronavirus loans to companies deemed risky by HMRC.

In a letter to Chancellor Rishi Sunak, Labour MP Dame Margaret Hodge said that those who do not pay their fair share in the good times should not be bailed out by the taxpayer when the going gets tough.

“I am deeply concerned, however, that the support packages offered by the Government during the crisis are open to abuse.

“While for many these schemes will be a financial lifeline, for unscrupulous corporations they will be viewed as easy pickings,” she wrote.

Government loan schemes have funnelled tens of billions of pounds to companies to help them through the coronavirus crisis.

The Coronavirus Corporate Financing Facility (CCFF), a Bank of England scheme designed for some of the biggest companies with credit ratings, has lent £18.8 billion to 55 businesses, and promised a further £38.8 billion in possible loans to 68 others.

Ms Hodge said that she welcomes the Chancellor’s “decisive steps” to support companies and jobs.

However, she called on him to crack down on firms that are classed as risky by Her Majesty’s Revenue and Customs (HMRC).

The tax agency ranks large corporations according to whether they pose a risk to lost revenue for the exchequer.

Ms Hodge said that only those with low risk rating should be allowed to access the CCFF, and the coronavirus large business interruption loan scheme (CLBILS), which is supported by high street lenders and in part guaranteed by the Government.

The score should also be published, along with the name of the company accessing CLBILS and CCFF, the MP said.

Businesses who are willing to work with HMRC to lower their risk rating could be allowed to access the schemes, Ms Hodge said.

On Thursday the Government is set to publish the full list of companies who have benefited from the CCFF, however Ms Hodge said they should go further.

“Why not publish information for all corporations that have received public loans, tax reliefs, or bailouts during the crisis?

“For example, it should be made clear which large companies have been claiming under the Job Retention Scheme and how much they have received.”

She added: “Elected officials, law enforcement, civil society and the media must be able to track down those that would take advantage of the public purse.”

The Treasury did not immediately respond to request for comment.