Queen’s official birthday to be marked by ‘small’ military ceremony 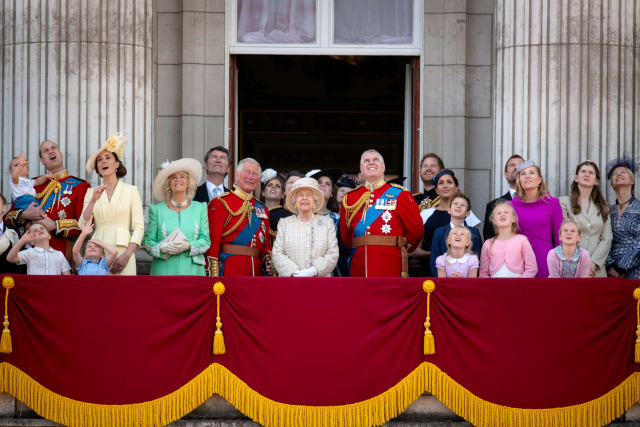 The Queen is expected to attend the first major royal event since the lockdown began – celebrations marking her official birthday.

With the country beginning to emerge from weeks of self-confinement Buckingham Palace has confirmed a small military ceremony will be staged at Windsor Castle in honour of the Queen.

The head of state was last seen at a major event on March 9 when she attended the Westminster Abbey Commonwealth Day service with senior members of the monarchy and the Duke and Duchess of Sussex, who made their final appearance as working royals.

The royal family have followed the Government’s orders on movement restrictions and social distancing like the rest of the country, and limited their interactions with the public to videocall meetings with their charitable interests or frontline and key workers.

But it is hoped the Queen will attend the military event at Windsor Castle where she has been shielding with the Duke of Edinburgh.

The Daily Mail reported the military event will be staged on Saturday June 13 and involve troops from the Welsh Guards who will perform a royal salute in the castle’s quadrangle.

It is claimed the BBC will broadcast the event live but there will be no spectators although members of the royal family may watch from the vantage point of a castle window.

The event replaces Trooping the Colour, the national celebration of the Queen’s official birthday which traditionally is staged every year in June.

It famously features a gathering of the royal family on Buckingham Palace’s balcony to acknowledge the crowds in The Mall and watch a flypast.

Trooping also attracts thousands of spectators, friends and family of the soldiers taking part in the military spectacle, who fill stands around Horse Guards Parade in Whitehall where the event is normally staged.

A few days after lockdown was announced Buckingham Palace said in line with Government advice Trooping the Colour would “not go ahead in its traditional form” and a number of options were being considered.

A palace spokesman confirmed the new anniversary celebration, saying: “There will be a small, brief military ceremony at Windsor Castle to mark the Queen’s official birthday.”