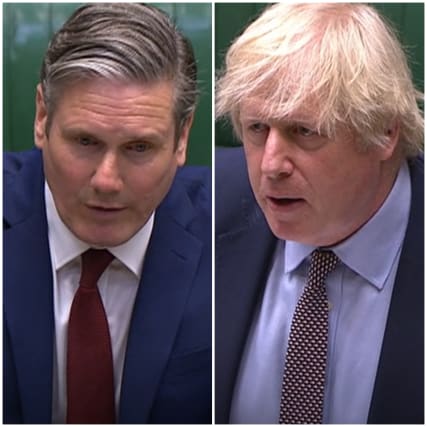 Sir Keir Starmer has accused Boris Johnson of failing to respond to his offer to help get children back into schools.

The Labour leader told MPs he wrote to the Prime Minister two weeks ago as he thought “leadership and consensus” was required in efforts to encourage pupils back to school.

Children across England have been returning to primary school this week, with those in Reception, Year 1 and Year 6 affected by the changes, although there has been a mixed response across the country.

Mr Johnson, who opened PMQs by insisting he is “very proud” of the Government’s record in tacking coronavirus, called for “more cooperation” from Labour and rejected Sir Keir’s claim that the test, track and trace system is not yet fully operational.

But Sir Keir warned Mr Johnson’s use of statistics was damaging public trust in his Government and claimed the PM was “confusing scrutiny for attacks” during terse exchanges.

He added: “I have supported the Government openly and I’ve taken criticism for it, but boy he makes it difficult to support this Government over the last two weeks.”

The Labour leader also questioned the change in lockdown restrictions while he asked the PM for the current Covid-19 alert level and R infection level.

Mr Johnson slapped the despatch box as he replied: “He knows perfectly well that the alert level does allow it and he didn’t raise that issue with me when we had a conversation on the telephone and he knows the reason we’ve been able to make the progress we have – the five tests have been fulfilled.

“So yes the alert level remains at four but as Sage will confirm we’ve managed to protect the NHS, got the rate of deaths down, rate of infection down, the PPE crisis, difficulties in care homes, the question of the R, they have been addressed.

“The question for him is whether he actually supports the progress we’re making, because at the weekend he was backing it and now he is doing a U-turn, now he seems to be against the steps this country is taking.”

Sir Keir said he has supported the Government’s gradual easing of restrictions, adding: “That is why I wrote to the Prime Minister two weeks ago because I could see the problem with schools and I thought it needed leadership and consensus, and I privately offered to do what I could to build that consensus. That’s the offer that wasn’t taken up.”