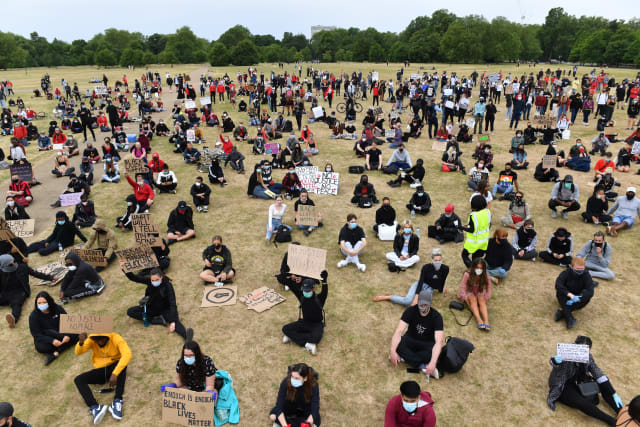 Demonstrators gathered in London’s Hyde Park on Wednesday for a Black Lives Matter protest rally in memory of George Floyd, who was killed on May 25 while in police custody in the US city of Minneapolis.

Organisers reminded people to social distance and were seen handing out gloves.

George Floyd died after a white police officer held him down by pressing a knee into his neck in Minneapolis, sparking days of protest.

Star Wars actor John Boyega made an emotional speech at the rally.

The film star, 28, told fellow demonstrators he was “speaking to you from my heart”.

He told the crowd: “Imagine this: a nation that is set up with individual families that are thriving, that are healthy, that communicate, that raise their children in love, have a better rate of becoming better human beings, and that’s what we need to create.

“Black men, it starts with you. It’s done man, we can’t be trash no more. We have to be better.”

The protesters then left Hyde Park and headed towards Victoria Station.