Death of man at medieval castle due to heart attack, police say 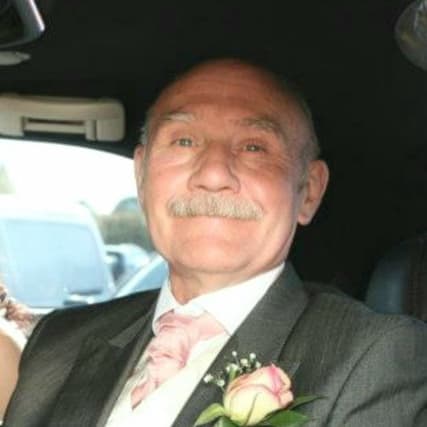 A 66-year-old man who died at a 15th-century castle in Kent suffered a heart attack, police have revealed.

There was shock and sadness at the death of Charles Hilder following a “disturbance” at the medieval Lullingstone Castle in Eynsford on Thursday.

There had previously been reports of rocks being thrown during a confrontation with youths at the Kent beauty spot prior to his death.

Police have now revealed Mr Hilder collapsed and later died from a heart attack after confrontations with two boys.

Detectives, who had never publicly declared a murder investigation in relation to the death, are still investigating the wider circumstances of what happened.

Issuing an update with the results of the post-mortem examination on Wednesday, Kent Police said Mr Hilder had been fishing from a boat on a private lake when he saw two boys on the bank and asked them to leave.

A spokesman for Kent Police said on Wednesday: “A brief dispute took place, during which items were allegedly thrown towards Mr Hilder.

“Several minutes later a further verbal argument took place between the boys and Mr Hilder in a car park, which is by the lake and near the castle gate.

“After the boys had left, at around 5.50pm Mr Hilder collapsed and later died.”

Detectives want to speak to the two boys or anyone who saw them in the area.

They are described as white and aged between 11 and 18 years old.

Police added that at the time they were wearing dark T-shirts and lighter coloured shorts. One of them may have been carrying a fishing rod.

Detective Chief Inspector Ivan Beasley said: “We are seeking to obtain any information that can help us establish the full circumstances leading up to Mr Hilder’s death.

“We have now established that a man and a woman, aged around 20, were sunbathing or picnicking in the field near to the car park at around 5pm and would urge them to contact us at their earliest opportunity.

“We would also like to obtain any video that may have been recorded by motorists or cyclists who travelled along Castle Road or Shoreham Road, between 12pm and 7pm on 28 May.”

Mr Beasley also asked anyone who visited the Lullingstone Castle area to review any personal photographs they took as they may feature the boys in the background.

He added: “A person flying the drone in the area has made contact with our investigators following an earlier appeal and we are grateful for their assistance.”

Anyone with information that may assist the investigation should call Kent Police on 01622 604100, quoting reference 28-1127.

Anybody with video footage can make a report through the Kent Police section of the Major Incident Public Reporting Site: https://mipp.police.uk/