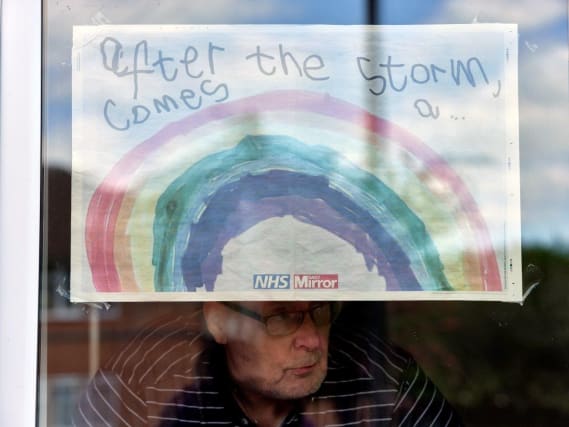 A children’s illustrator has broken a world record and raised thousands for charity with an online art class, while a collection of photographs showing life in lockdown has been preserved in a time capsule.

A children’s author and illustrator set a world record for the largest online art lesson, and raised more than £50,000 for charity.

Rob Biddulph, creator of Odd Dog Out and Blown Away, taught 45,611 participants how to draw a blue whale on Thursday May 21.

The Guinness World Records required 10,000 unique users to actively participate in the lesson for the record to be set – a target which was confirmed to have been smashed by four times by participants from Europe, Asia and beyond.

Mr Biddulph’s tuition also helped to raise £51,970 for charities working to fight the effects of the Covid-19 pandemic – donations for which included a winning auction bid of £970 for the teacher’s own whale picture.

An “inspirational” disabled man has raised nearly £18,000 for charity after completing a 2.6-mile walking challenge in just over two weeks.

Gabe Judge from Cornwall was joined on his final walk for disability charity Scope by local rugby player Tom Duncan.

The 21-year-old has cerebral palsy, autism, epilepsy and is blind but has raised thousands for the charity with his efforts.

Donations to Scope can be made at www.justgiving.com/fundraising/gabe-judge26

– Endangered species of seahorse returns to former stronghold due to lockdown

The endangered spiny seahorse has recolonised its former stronghold in Dorset due to the coronavirus lockdown, marine conservationists say.

During one regular survey dive at Studland Bay, the Seahorse Trust found 16 seahorses including pregnant males and a juvenile that had been born this year.

This is the largest number found in a single dive on the site since the charity began monitoring there in 2008.

Prior to this, a seahorse had not been seen at the site for two years.

A collection of photographs showing life in lockdown will be preserved in an archive following an appeal for the public’s help to create a “time capsule”.

It was the first time since the Second World War that the public had been asked to capture a moment in time to be saved in the Historic England Archive.

Organisers set out to select 100 images, but after receiving almost 3,000 submissions they chose 200 for the Picturing Lockdown Collection, which can be accessed for free online.

Special charity pins have been designed by celebrities as a small way for people to say “thank you” to someone who has helped them during the coronavirus crisis.

Actress Keira Knightley designed two flying birds swooping together into a near-heart shape on her pin badge while former Beatle Sir Ringo Starr put a peace symbol inside a love heart in his design.