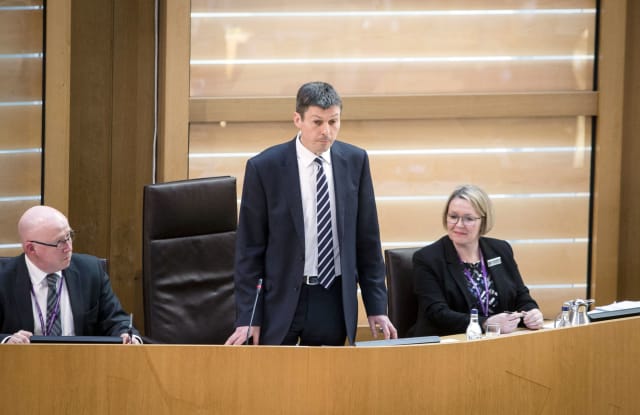 The Scottish Parliament could continue to sit through its usual summer recess with an “active need for scrutiny” of the Scottish Government’s response to the coronavirus pandemic.

Presiding Officer Ken Macintosh wrote to members on Tuesday outlining the proposed changes for what he described was “going to be a very unusual summer for everyone across Scotland”.

The Parliamentary Bureau agreed members should have the opportunity to meet each Thursday with the majority as “virtual statement-led sessions”.

In the proposals First Minister Nicola Sturgeon is scheduled to make two statements at the beginning and end of next month, with members allowed to participate remotely, before Parliament would resume on August 11 when Scottish schools are also expected to return.

Mr Macintosh wrote: “Following discussion earlier today, the Parliamentary Bureau has unanimously agreed that Members should have the opportunity to meet on a weekly basis each Thursday throughout the summer period.

“The bulk of these meetings will be virtual statement-led sessions, with topics arranged by the Bureau at least a week in advance.

“However, the expectation remains that major Government announcements will continue to be made to the Parliament at Holyrood, and therefore the First Minister will make statements to Parliament on two of those dates, 9 and 30 July.

“Hybrid arrangements will, as now, be in place on those two dates to allow any Member to participate remotely.

“Parliament will also resume again fully on the earlier date of 11 August, coinciding with the expected return of many Scottish schools.”

Mr Macintosh returned to Holyrood on Tuesday after being taken to hospital last month to have his appendix removed.

He tweeted his thanks to staff at Hairmyres and Wishaw hospitals as well as the deputy presiding officers who covered his absence.

MSPs will decide on the plans on Wednesday.

In the letter Mr Macintosh said: “I hope you would agree that the Bureau’s proposals for the summer period strike the balance of enabling Members to continue to scrutinise the Government at this changing and uncertain time while avoiding any undue risk to Members and staff.

“Although as Presiding Officer, I have powers to recall Parliament should the need arise, the Business Managers and I wanted to enable colleagues to make plans for the weeks ahead with as much predictability as is possible in these difficult times.

“As always, the final say on Parliament’s sitting times remains yours, and the collective approach from the Bureau will be put to the whole Parliament to agree tomorrow at decision time.”