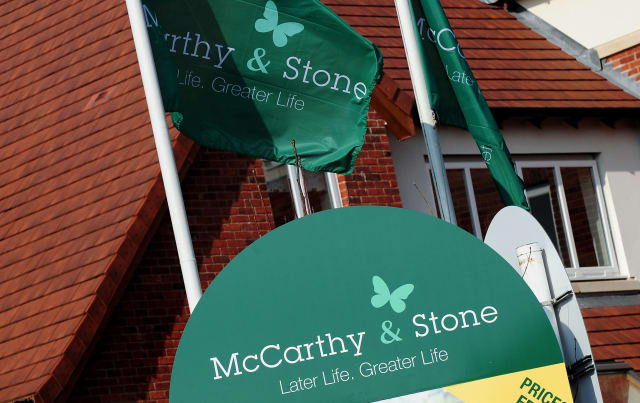 Retirement home developer and operator McCarthy & Stone said it will resume construction on its sites and reopen sales offices next week after seeing lower than average coronavirus cases across its residents.

The company said it has seen fewer cases of the virus within its 441 retirement communities “than has been seen within the general over-65s UK population”.

It said the group took decisive actions from mid-March to ensure the safety and wellbeing of its homeowners and staff after the outbreak spread.

McCarthy & Stone closed its sales offices and halted construction projects after the Government-mandated shutdown was announced.

It said it will now restart its sales and building operations from Monday June 8 as lockdown restrictions begin to ease.

The group said it has developed a new set of guidelines for operations after a “detailed review of sales and construction processes” during the lockdown period.

The firm said it will initially focus on restarting sales of already completed sites, with £325 million worth of sites finished.

Building activities will start “gradually” with sites that are the closest to completion recommencing first.

John Tonkiss, chief executive officer of McCarthy & Stone, said: “The UK must now learn the lessons from this crisis and redefine how best to support our ageing population.

“We need a joined-up and long-term plan, starting with more and better housing for older people.

“I’d also like to say a huge and heartfelt thank you to every one of our homeowners and our employees for their continued support, understanding and co-operation in following our guidance and advice during this period, and helping to keep our people safe and well.

“It’s been a difficult period but there’s nothing like a crisis to show what we’re made of, and what we’ve shown is that our communities are made of much more than bricks and mortar.”

McCarthy & Stone said it has also secured access to the Bank of England’s Covid corporate financing facility (CCFF) and has put in place a £300 million commercial paper programme under the scheme.