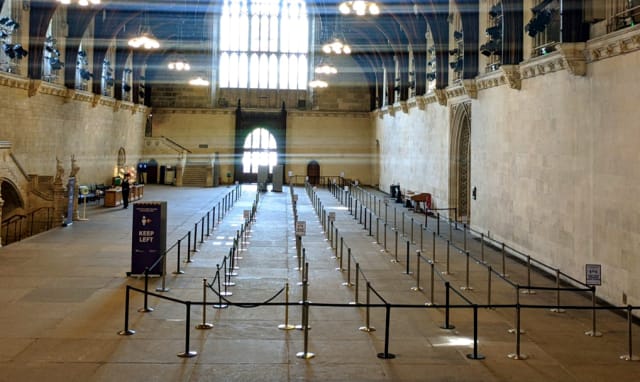 Boris Johnson is facing a possible Tory revolt over plans to end online voting for MPs during the coronavirus crisis, as the Government came under criticism from the equality watchdog.

Senior Conservatives including a former Cabinet minister have tabled amendments to Government plans to force parliamentarians into the Commons in order to vote when they return from recess on Tuesday.

The Equality and Human Rights Commission (EHRC) wrote to all MPs to “raise our concern” ahead of a vote on the move, saying it “cannot be right” to exclude elected representatives.

The watchdog warned it would “place at significant disadvantage” MPs who are shielding or self-isolating due to age, disability, health or pregnancy, as well as those who will struggle to travel to Westminster.

Robert Halfon is among the senior Tories who say the move will turn individuals who, like him, are shielding and those who are ill or self-isolating into “parliamentary eunuchs”.

The chairman of the Education Select Committee accused Mr Rees-Mogg and his superiors of lacking empathy with a “tough luck, we don’t care” attitude.

“Clearly in this case, sadly, Jacob and the powers that be are being harsh and unbending. The MPs who genuinely cannot come in, our democratic rights are being snipped away and we’re being turned into parliamentary eunuchs,” Mr Halfon told the PA news agency.

Mr Halfon, who said he was advised not to return by his GP, is backing moves to allow digital voting to resume in amendments to Mr Rees-Mogg’s motion led by Conservative former Cabinet minister Karen Bradley.

She is joined by Caroline Nokes and Julian Knight, the Tory MPs who chair the women and equalities, and the digital, culture, media and sport committees, respectively.

“We are concerned by the announcement today from the Leader of the House of Commons which implies that Parliament may proceed without provision for the remote participation of Members who are unable to travel to Westminster because of the pandemic,” she wrote.

“This will place at significant disadvantage MPs who are shielding or self-isolating because of age, disability, health conditions or pregnancy, as well as other Members who will struggle to attend the chamber in person due to travel restrictions and caring responsibilities.

“It cannot be right for Parliament to proceed without provision for remote participation, when many elected representatives cannot attend in person.”

Mr Rees-Mogg told his ConservativeHome podcast that he was planning to introduce measures to allow shielding MPs a way to play a limited role in Commons proceedings.

He said the changes were necessary because legislation was on a “go slow” due to constraints on committees operating, with only around a third of the usual level of legislative activity.

“We would simply not have been able to deliver on the manifesto if we had not brought Parliament back,” Mr Rees-Mogg said.

Labour and other opposition parties are united in their criticism of the plans, which the Electoral Reform Society say pose a “real threat for democratic representation and political equality” if vulnerable MPs cannot vote.

Dame Margaret Hodge, the 75-year-old Labour MP, said she was being “denied the right to vote” and accused the Prime Minister of creating a “toothless Parliament”.

The SNP has criticised the creation of a “conga line Parliament”, with Scottish MPs and others representing constituencies far from Westminster facing a challenge to travel to Parliament.

Commons Speaker Sir Lindsay Hoyle was forced to draw up plans to allow MPs to safely vote on the proposals in person on Tuesday, but he has called on the Government and Labour to agree on a safe compromise.