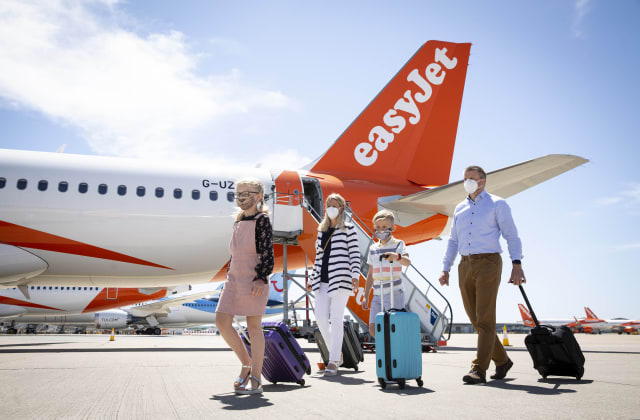 EasyJet will resume flights on half its routes by the end of next month.

The Luton-based carrier, which has grounded its entire fleet during the coronavirus pandemic, announced its plan to ramp up flights in the coming weeks.

Half of its 1,022 routes will be reopened by the end of July, increasing to 75% during August.

Flights will be at a lower frequency than normal, meaning the airline will operate at around 30% of its normal capacity between July and September.

The low-cost carrier will serve all its UK bases in the key family summer holiday months of July and August.