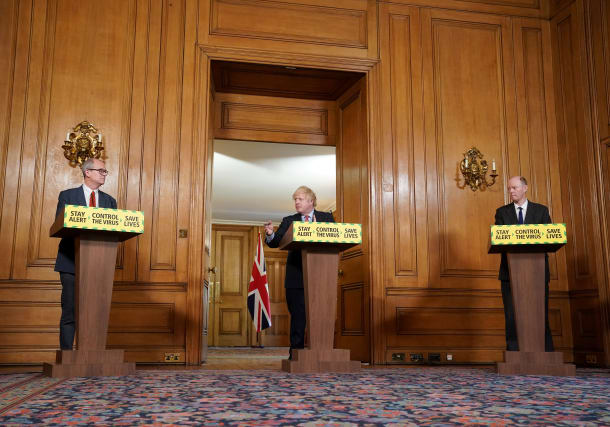 The daily Downing Street press conferences will no longer take place at weekends when viewing figures are “significantly lower”, Number 10 has said.

Briefings have been held on all but two days since March 16, but the Government has decided to scrap them on Saturdays and Sundays from this week.

Boris Johnson, who has appeared at 12 press conferences so far, will lead at least one briefing a week from now on, alongside scientific and medical experts.

The Prime Minister’s official spokesman told a Westminster briefing: “From this week, the press conferences will be on weekdays only, so no longer on Saturdays and Sundays.

“The PM will take a press conference every week alongside… the scientific and medical experts.

“Others will be led by secretaries of state, alongside scientific and medical experts where relevant.”

Asked why the change was being made, the spokesman said: “It is just a fact that the numbers who are viewing at weekends do tend to be significantly lower.”

US president Donald Trump is known to care about his TV viewing figures, boasting in April that his White House news conference ratings are “through the roof”.

He has since stopped holding the briefings after saying they were “not worth” the time and effort.

Health Secretary Matt Hancock has led the most Downing Street press conferences so far, totalling 17 as of Tuesday, while Foreign Secretary Dominic Raab has taken 11.