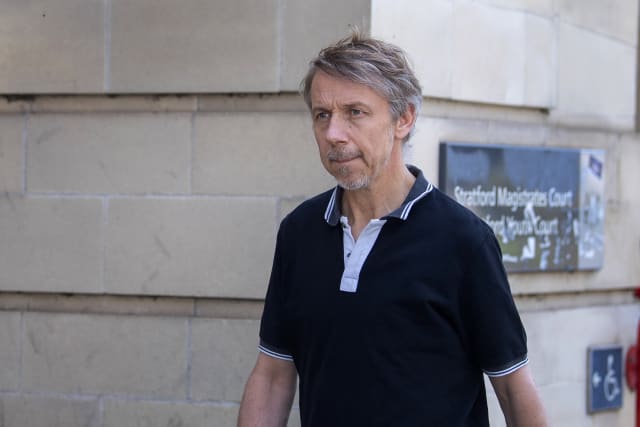 A woman who repeatedly screamed abuse at a BBC DJ and his family has been convicted of harassment and stalking.

Mr Peterson, 55, previously told Stratford Magistrates’ Court that Rook repeatedly turned up outside his north London home and hurled abuse which included “all kinds of stuff from paedophile to Hiroshima and rapist – all very extreme words that were shouted at my house”.

During a barrage lasting up to 30 minutes on February 15, Rook repeatedly shouted expletives including “c***” outside the family home as well as calling Mr Peterson’s wife Atsuko a “Hiroshima bitch”.

On another occasion, Mr Peterson, whose real surname is Moehrle, said Rook had been seen shouting obscenities outside his studio and felt “very threatened”.

He said: “It was a very traumatic situation. I was concerned. It seemed to be so frantic and extreme.”

However, on Monday she was convicted of stalking Mr Peterson by District Judge Louisa Cieciora, who also found the harassment against Mrs Moehrle was racially aggravated.

Rook was also convicted of racially aggravated intentional harassment, alarm or distress against Pc Karlene Richards by calling her a “f****** negro” after her arrest on March 16.

The judge said: “She loitered in and around his home address, she loitered around his work address and attempted to contact him in inappropriate ways.

“She targeted his family. She loitered in and around Mrs Moehrle’s home address and was abusive and demonstrated hostility based upon her race.”

During the two-day trial, the court was told Rook was seen at a building site close to Mr Peterson’s home and also posed as a charity worker, asking for Mrs Moehrle’s name and email address.

A torn-up picture of Mr Peterson from the BBC was found clipped to the windscreen of his car, which Rook later tried to damage with a pole.

“It was frightening, just seeing her again and to know that she was in the area,” he told the court after seeing Rook outside his home again on March 13.

Giving evidence behind screens on Monday, Mrs Moehrle said she was called a “Hiroshima bitch” more than 20 times during one incident.

She told the court: “She asked if I was Atsuko, so she was aware of my name too. Obviously that’s my background. I’m Japanese.

“She was not just shouting, she was screaming, the entire street could hear it.”

Mr Peterson said police had been called at least five or six times over the weeks of abuse and that multiple playing cards had been left on his car.

The Radio 6 Music DJ also told the court he was abused on Twitter while presenting his regular show, from an account in Rook’s name.

After the BBC was informed about the harassment, Mr Peterson’s security was increased so he was escorted to and from his car at the central London studio.

Asked whether she would give evidence, Rook told the court: “It’s probably a waste of an exercise, to be honest.”

However, she later provided a written statement to the court which said she was conducting a “freelance investigation” regarding the history of a jazz club owner linked to author John Steinbeck.

Writing in the third person, Rook said: “She is unsure why Mr Peterson has embarked on this legal action but she hopes to see release to continue her book and investigative journalism.”