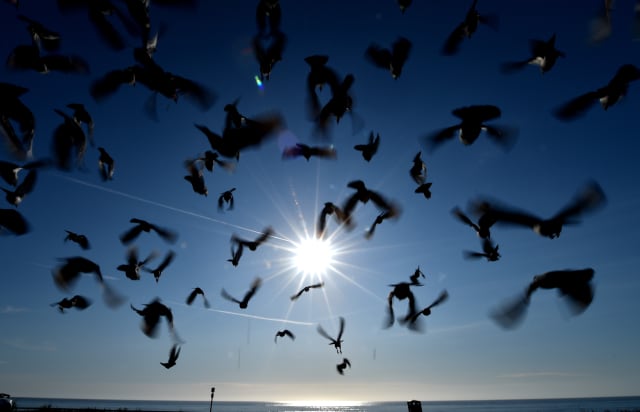 Pigeon racing will beat snooker and horse racing to be the first sport to return following the easing of lockdown restrictions in England.

More than 4,000 birds belonging to members of the Barnsley Federation of Racing Pigeons are being released from a park in Kettering on Monday morning ahead of a 90-mile sprint back to South Yorkshire.

Organiser John Greenshield says he is expecting his 35 pigeons in the race to start arriving back at his allotment in Hemsworth around one hour and 50 minutes after they are released.

Retired miner Mr Greenshield, 72, said the green light came earlier than many expected and so many of the birds are far from “match fit”.

But he said the return of racing will be a blessing for many in his community.

Mr Greenshield said: “This is a very strong ex-mining area and I worked in the pits for 41 years.

“So many people have lost people in the mines or are living with illnesses.

“The whole current situation has got people down and there are a lot of mental problems.

“The racing is something for people to get out of bed for. People are really looking forward to it.

“I think it would have killed some off if there hadn’t been racing until next year.

Mr Greenshield said the birds can be seen flying north, probably following a route close to the A1.

He said they will probably start to break into smaller groups around the Blyth area, on the Nottinghamshire/Yorkshire border.

Mr Greenshield said there will be a headwind, which will limit the times.