Parents refuse to send children back to ‘dystopian’ schools 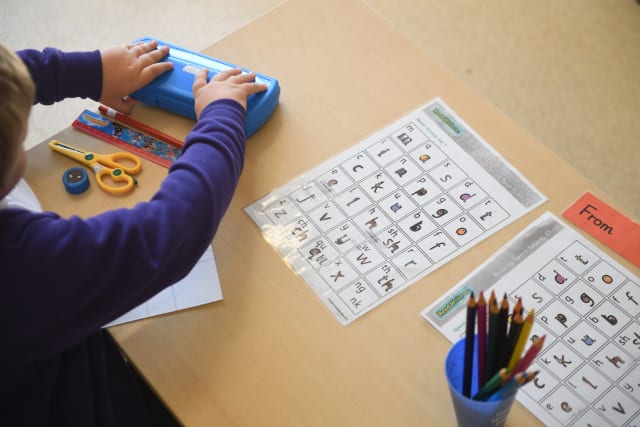 As primary schools in England begin reopening to pupils, many uneasy parents have found themselves unable to trust the Government’s assurances that it is safe for their children to return.

Damon Charles, a 47-year-old parent from Somerset, took his two daughters out of primary school shortly before lockdown began, and believes it is “premature and a bit crazy” to ask them to go back.

Some have complained that the return of schools has been hastened to allow parents to return to work more quickly.

“They’re clearly not doing this in the best interests of the children, but to serve a political purpose,” Mr Charles said.

He added that he would rather keep his children in a “stable” environment at home rather than the “weird and slightly dystopian environment the schools will have to create in order to allow kids in”.

Primary schools in England have been told to reopen to pupils in Reception, Year 1 and Year 6 from this week, with nurseries also expected to resume sessions.

Yet a survey by the National Foundation for Educational Research found that heads are expecting nearly half (46%) of families to keep their children at home.

Kieron Smith from Blyth is unwilling to let his five-year-old son return to school until the Government provides evidence that the risk level and transmission rates have improved.

“It’s one of the easiest decisions we’ve ever made,” he said.

“Nothing comes before the health of our children, least of all the economic motivation of this populist Government’s decision to reopen schools and lift lockdown.”

“The Government have not assured us of our children’s safety,” he added.

Cat, 34, from Kent is also keeping her five-year-old son at home because she is “concerned that there is no adequate track and trace system in place”.

She told PA that she finds it difficult to understand how young children are expected to remain socially distant, “especially as all they want to do is play together as hug each other”.

Despite her concerns over the safety risk, Cat, like many parents, has had to balance the consequences of keeping her son away from school during such formative years.

“He actually wants to be at home which is also concerning because he loved school. It’ll be incredibly difficult to get him back to school once it’s mandatory again.”

“(It) makes me wonder if I’m doing the right thing by keeping him home,” she said.

With some experts warning that the Government’s lockdown measures were being eased to soon, parents are being forced to choose who they trust more.

“I’m not so naive as to think this can go on forever – if it continued indefinitely that would be financially ruinous for the country,” Mr Charles said.

“But if trusted experts in the field are being ignored when they say it’s not the right time yet to ease lockdown, I have no option but to trust that view and not a Government who claim to be ‘following the science’ when it’s evident they are not.”