Number of schools reopening to more pupils varies across England 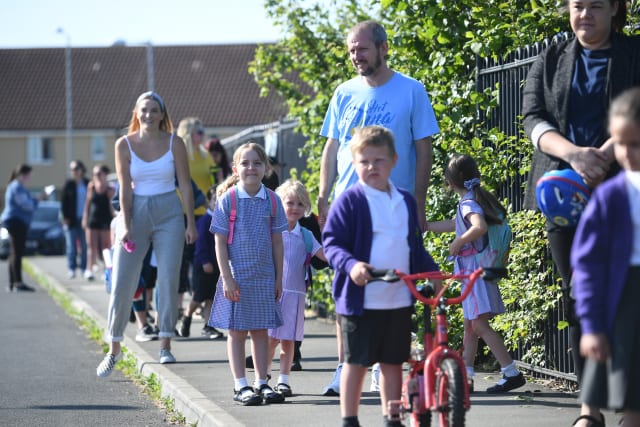 Children across England have been returning to primary school, but early indications suggest the number of pupils back in the classroom varies significantly depending on local area.

Schools have begun reopening to pupils in Reception, Year 1 and Year 6 in England, and nurseries have also opened their doors to more children as lockdown measures have been eased across the country.

But the proportion of schools reopening to more pupils this week is a mixed picture across England – with some local authorities reporting no schools will admit more children on Monday.

A survey of councils by the PA news agency has found dozens of local authorities across England, predominantly in the north, are advising against a return to school on Monday amid safety concerns.

Some have raised concerns the test and trace programme is not yet “robust enough” to sufficiently reduce Covid-19 transmission in schools, where social distancing is hard to maintain with children.

But in some areas of England – such as Kingston and Richmond in London – local authorities report the vast majority of primary schools are providing some provision for priority year groups from Monday.

Schools, colleges and nurseries closed ten weeks ago due to the Covid-19 outbreak, remaining open only for vulnerable youngsters and the children of key workers.

It is not yet clear how many parents opted to send their children back to school but a recent survey suggests heads were expecting around half of families to keep pupils at home.

Cathy Moden, headteacher of Hiltingbury Infant School in Chandler’s Ford, Hampshire, said she had anticipated 45 of the 90 children in Reception to attend on Monday but only 39 turned up.

Ms Moden said: “I do expect it to increase, I think some parents have made a decision on what they have heard in the media, I have heard from some parents they aren’t ready yet to send their children.”

Kieron Smith, from Blyth in Northumberland, who has a son in Reception, told PA he will not be sending his child back to school until he has more confidence in the Government’s approach.

He said: “All in all, it’s not worth it. It’s not a risk I’m able to tolerate. The Government have not assured us of our children’s safety.”

The Government’s aim is for all primary school pupils to return to school before the summer break.

In a message to heads ahead of the reopening, Paul Whiteman, general secretary of the National Association of Head Teachers, said: “We will be arguing that a full return before the summer break is not possible based on the advice we have from the Department for Education.

“Despite the narrative from the Government, the level of confidence for a return to schools remains low.

“The next few days will reveal whether the Government has passed the confidence test. We will discover how many families feel confident to come to school. And we will get a sense of the reaction from staff too.”

Business Secretary Alok Sharma said he understands parents’ concerns at sending their children back to school.

He told BBC Breakfast: “I completely understand every parent wants to keep their child safe. And that’s precisely what the Government wants to do in ensuring schools are safe places to return to.”