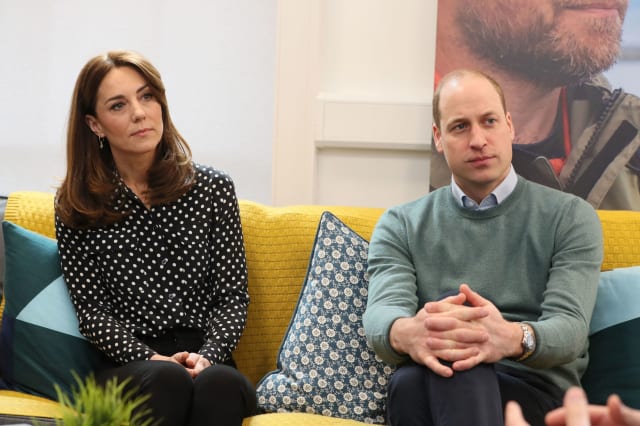 Kensington Palace has filed a legal complaint to Tatler after it ran an article suggesting the Duchess of Cambridge was upset at her increased workload during the coronavirus pandemic.

The society magazine ran a profile on the duchess called "Catherine the Great" that quoted friends of the royal who said she felt "exhausted and trapped" as she took on more duties, particularly after Prince Harry and Meghan Markle stepped back from their roles.

The palace put out a statement after the article emerged denying claims, a rare move, but Tatler appeared to stand by the piece.

A statement from the palace said: "This story contains a swathe of inaccuracies and false misrepresentations which were not put to Kensington Palace prior to publication."

Tatler responded on Monday in a statement which said: "We can confirm we have received correspondence from lawyers acting for the Duke and the Duchess of Cambridge and believe it has no merit."

Last week, a Tatler spokesman had said: "Kensington Palace knew we were running the 'Catherine the Great' cover months ago and we asked them to work together on it. The fact they are denying they ever knew is categorically false."

The Sunday Telegraph reported the palace has now filed a legal complaint and wants Tatler to take the article down from its website.

A source told the paper: "Like many people across the country, the Duchess is juggling home schooling and work. But she's not also having to juggle being a front line worker. She is of course cognisant of that.

"That's who she would much prefer the attention to be on."

Kate, 38, and her husband Prince William have been living in Anmer Hall, their Norfolk home, since the coronavirus lockdown, where they have focused their work on the mental health of frontline workers.

Their children have been seen doing the clap for carers, celebrating frontline workers, and the duchess also released pictures she took of Princess Charlotte helping make up food packages for vulnerable pensioners.

William, 37, released his documentary about mental health and football as planned, but with a markedly different ending as the lockdown disrupted the previous methods of campaigning.

Kate, 38, has launched a photography project with the National Portrait Gallery that seeks to capture the mood of the nation in lockdown.

READ MORE: Will Princess Charlotte be going back to school on Monday?