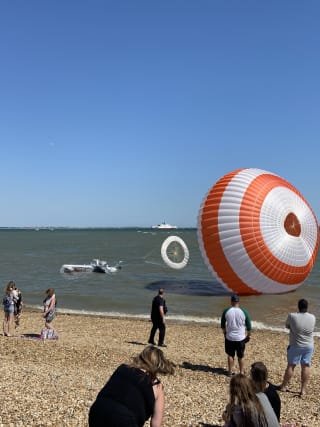 Two people have been rescued after an aircraft crashed into the water in Southampton.

The coastguard said the pair were found by a nearby vessel during the incident at Calshot Spit.

They had been onboard the aircraft, the coastguard said.

In a tweet on Sunday it said: “HM Coastguard is dealing with an ongoing incident at Calshot Spit, where we are aware that an aircraft went down into the water.

“Two people were onboard the aircraft and both people have been rescued.

“They were located by a nearby vessel.”

No details on the condition of the rescued people were given.