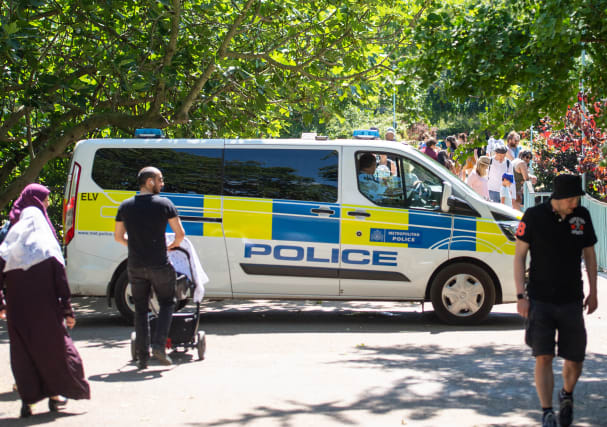 Pupils will begin to return to school and families will be reunited on Monday as major changes are made to lockdown restrictions.

It is part of a wider easing of measures that will also see groups of up to six people allowed to meet in public places or private gardens and outdoor markets and car show rooms reopen.

But Government leaders have stressed social distancing measures must stay in place, particularly staying two metres apart from someone outside your household.

It comes as several scientists have criticised the move suggesting it is too early to lift restrictions and could cause infections to rapidly rise again.

Ministers insist the time is right to ease the lockdown because the Government has met its five tests to do so and the rate of infection, or R value, has been consistently below one.

The new rules allow for families and friends to meet up for picnics and barbecues and travel freely around the country, so long as they do not stay anywhere overnight that is not their primary home.

Primary school children in Reception, Year 1 and Year 6 will return to class as the Government and education unions continue to fight over whether it is safe to do so.

Parents are also reluctant to send their children back, according to the National Foundation for Educational Research, after its survey of more than 1,200 school leaders found headteachers were expecting 46% of families to keep pupils at home.

Findings from a recent PA news agency survey of local authorities show that more than 20 councils across England – predominantly in the north – are also advising schools not to open to more pupils this week.

Some of those polled have claimed that the NHS Test and Trace system will not be “robust enough” to allay fears over the potential spreading of the virus due to difficulty maintaining social distancing.

Meanwhile, Children’s Commissioner Anne Longfield has called on the Government to set up summer classes in July and August to help children catch up on work they missed during lockdown, with some facing up to six months off school depending on when they are able to return.

Writing in The Daily Telegraph, she said summer schools could help the “most deprived” and “provide activities of all kinds, meals and potentially some learning too”.

A warm weekend saw people flock to beaches and parks around the UK, prompting members of the Scientific Advisory Group for Emergencies (Sage), to warn that ministers are taking risks.

Jeanelle de Gruchy, president of the Association of Directors of Public Health told The Guardian the public was “not keeping to social distancing as it was”, adding the organisation was  “increasingly concerned that the Government is misjudging the balance of risk between more social interaction and the risk of a resurgence of the virus, and is easing too many restrictions too quickly”.

But deputy chief medical officer for England Dr Jenny Harries said the public would be safe if they were “sensible” and did not “overdo it”.

He said: “We’re reasonably confident that the steps we’ve taken, and will be taking on Monday, are manageable.”

Referring to the R rate of coronavirus, Mr Jenrick said: “We have to all continue to play our part in that, because the rate of infection remains somewhere between 0.7 and 0.9 and the room for manoeuvre is quite limited.”

New guidelines also allow 2.2 million “shielded” people, classed as “extremely vulnerable”, to have more social interaction ahead of a review on June 15.

Mr Jenrick added: “What we’re saying to the people who have been shielding for the last 10 weeks is that we think that the rate of infection is sufficiently low now to enable you to do some quite modest things, like going outside for a walk with members of your household, or like, if you’ve been living alone, meeting somebody from another household.”

Measures are also being eased across the other home nations.

In Scotland, people can now meet others from one other household at a time as long as it is outdoors, but social distancing should continue and groups must be a maximum of eight people.

People in Wales will be allowed to meet up with others outdoors from Monday, although it is recommended they do not travel more than five miles to do so.

In Northern Ireland, more retailers can open and small outdoor weddings will receive the go-ahead from June 8 if the coronavirus infection rate remains under control.