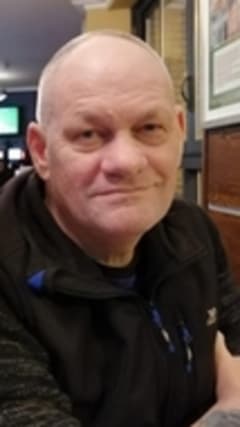 A  grandfather who has not left his home for more than two months for fear of catching coronavirus said that while the thought of going out is “absolutely terrifying” he will take his first tentative steps beyond his garden as guidance to people shielding is eased.

Steve Burton has remained at his Blackpool home since March 16, but plans to take a short walk to the park with his wife on Monday, after the Government issued new guidance to the 2.2 million people in England who are classed as “extremely vulnerable”.

The 58-year-old grandfather-of-six is on the waiting list for a kidney transplant and said he is likely to see anyone he meets on his first walk out in weeks as a potential danger.

He told the PA news agency: “Regardless if someone’s 60 foot away or six metres away I think I’ll move.

“So, yeah, I think every potential person I see out there will be a carrier of deadly Covid, regardless of whether they’re completely healthy or not.”

He added: “Maybe it’s time that we take that tentative step, but it’s a scary one.”

Mr Burton said he had been shocked when the new advice was announced late on Saturday, after being advised so strongly for months not to leave his house.

He said: “You think, well that’s a bit strange, because obviously we’re shielded until June 30, and not only have we had the official letter telling us that, but you then get weekly texts, saying do not go out until the end of June, so you don’t really know what’s true or false.

“So, I was a bit sceptical until I sat and watched the news conference this afternoon.”

He said some of the information during Sunday’s news conference had been a “a bit ambiguous” with Communities Secretary Robert Jenrick appearing to say people could see children and grandchildren, even though the new advice is mainly to remain with your own household while outdoors.

Announcing the measures, Mr Jenrick said: “This will enable those shielding to see loved ones like children and grandchildren, something many I know are aching to do.

“Having spent many weeks indoors, some will understandably be very cautious and concerned about going outdoors. You should only do what you are comfortable with.”

Those considered extremely vulnerable will be able to go outside with members of their household, while continuing to follow social distancing guidelines, from Monday.

Those who live alone can meet outside with one other person from another household, also adhering to social distancing guidelines.

Mr Burton said he agreed with calls from charities for the evidence behind the seemingly sudden change in advice to be published, to give people confidence to go out and feel safe.

He said that while being at home for an extended period of time has been a challenge, he has felt protected, but that leaving the house will be different.

He said: “Going out is something completely different because you’re reversing your own psychology, that you’re putting yourself in theory at risk, even though you’re probably not. It’s scary.”

He said he would read the new Government guidance, which was published on Sunday, before taking the 15-minute walk to his local park, where he feels he can easily socially distance.

He added: “There is that positive side to it. But on the other side, it’s been a long couple of months and it’s a big scary world out there to start going back out into it.