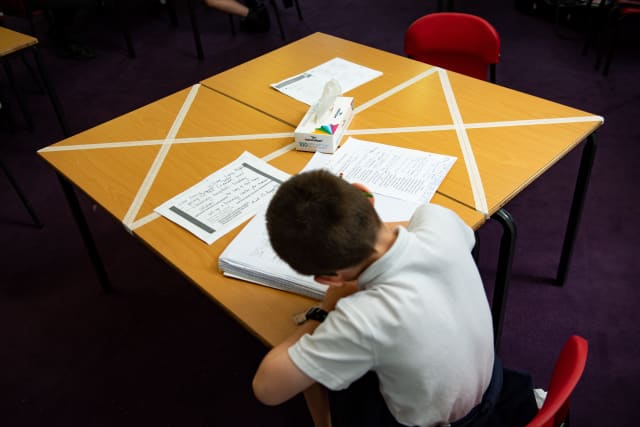 The Government has revised its plans to reopen schools 41 times since May 12 because of errors in judgment, an education union leader has claimed.

Mary Bousted, joint general secretary of the National Education Union (NEU), has added to calls for ministers to rethink the reopening of schools on Monday.

Ministers have said their five key tests required for the easing of lockdown have been met – and schools will admit more pupils in Reception, Year 1 and Year 6 from Monday.

The prerequisites for lockdown easing were: Ensuring the NHS can cope; a “sustained and consistent” fall in the daily death rate; the rate of infection decreasing to “manageable levels”; ensuring testing and PPE supplies can meet future demand; and ensuring any future adjustments would not risk a peak that could “overwhelm” the NHS.

Ms Bousted argued the five tests have not been met, and she pointed out that members of Sage, the Government’s scientific advisory body, including Professor Peter Horby, have voiced the same opinion.

Speaking on the Sophy Ridge show on Sky News on Sunday, Ms Bousted said children should instead return to school on June 15 when the infection rate should be lower.

She said: “The Government’s plans on reopening schools since they were first produced on May 12 have been changed 41 times. And that’s because they’ve constantly had to be revised as things they have forgotten, things they didn’t know, and things they got wrong had to be added in.

“That’s hugely added to the stresses of school leaders and teachers, because we have a Government simply who they think is just making it up as it goes along.”

She added the Government’s latest plans have “given up on social distancing in schools” by favouring “cohort distancing” where children are taught in groups of 15 by one teacher.

She warned: “Those children live in families who from tomorrow will be able to go out and socialise with six other people.

“We’re asking them (the teachers) without PPE and without social distancing to go into schools, at a time when the rate of infection is still the fifth highest incidence in the world.

“And at a time when there is not a fully functioning test, trace and isolate system in place.”

She added that pupils should not be made to return to school throughout the summer holidays to catch up on missed classroom time, because teachers have been working “even harder” throughout the lockdown period.