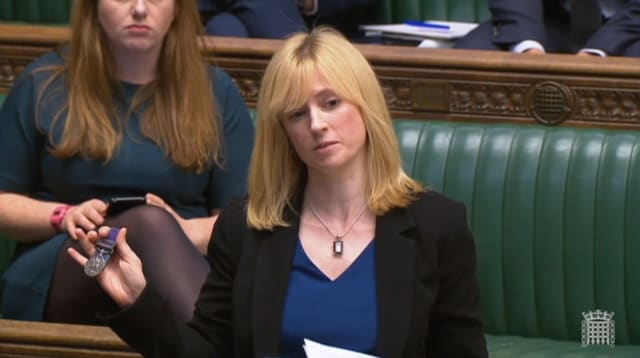 The MP for Canterbury stood down as a party whip and apologised after confirming she met her partner while they were living separately, in breach of coronavirus restrictions.

Ms Duffield, 48, told the paper the pair observed the two-metre social distancing rules, but these incidents were before meetings between people from different households were allowed.

Mr Routh has since moved into the MP's London flat after separating from his wife. the MoS reported.

In a statement Ms Duffield said: "My partner and I have been attempting to navigate a difficult personal situation as responsibly as possible.

"I apologise that during that process, we breached the guidelines.

"A relationship breakdown is difficult at the best of times, let alone during a pandemic.

"I hope people can understand why I took the steps I did and know that I take responsibility for the breaches that occurred and for which I apologise."

Ms Duffield was elected in the 2017 General Election with a majority of 187, winning a seat which had been held by the Conservatives since its creation in 1918.

She held onto the seat in the 2019 General Election, increasing her majority to 1,836.