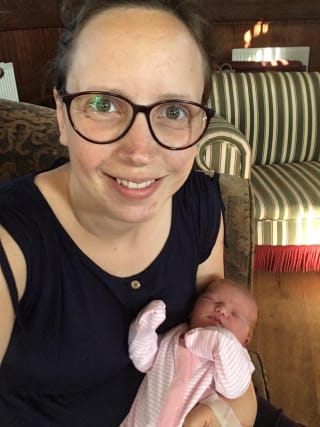 A former England Commonwealth Games shooter given special permission to fly to the US for a cancer drug trial has died before she could start the treatment.

Sarah Wright, 33, was diagnosed with breast cancer in 2018, which later spread to her liver and lungs, and had exhausted all treatments available through the NHS.

She was accepted to take part in the trial of Leronlimab last month and given permission to go to the US despite its ban on travellers from Europe due to Covid-19.

However, her husband Mark Wright has said she died before she was able to take part in the trial, after her health “took a nosedive”.

The couple had last year celebrated the arrival of their baby daughter, Everleigh.

“She fought so, so hard all the way, she was the bravest most courageous, strong, loving and wonderful wife, mother, daughter and sister,” Mr Wright posted on Facebook.

“Everleigh and I miss her greatly, there is a big void in our lives now.”