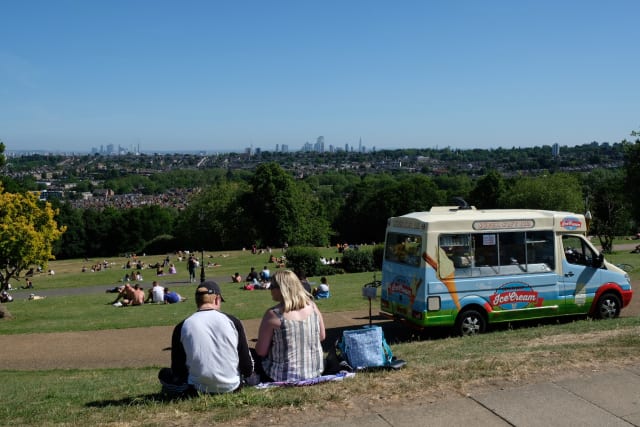 Fears that lockdown measures may be being eased too soon by ministers have been expressed by a number of scientists who advise the Government on the Covid-19 outbreak.

Professor Peter Horby, of the University of Oxford, joined scientists Sir Jeremy Farrar and Professor John Edmunds, all members of the Scientific Advisory Group for Emergencies (Sage), to warn that ministers were taking risks.

Prime Minister Boris Johnson has announced a gradual easing of the lockdown in England, with friends and families able to meet in parks and gardens in socially distanced groups of six from Monday.

The easing of England’s lockdown will also signal the reopening of schools to allow students in nurseries, early-years settings, reception, Year 1 and Year 6 to return to class, and more shops reopening, with outdoor retail and car showrooms able to resume operations.

Asked if he agreed it was too soon to ease more of the lockdown, Prof Horby told BBC Radio 4’s Today programme: “Actually, I do.

“You know, we have still got 8,000 cases a day. We have been very successful in bringing it down, decreasing the numbers because of the social distancing.”

But he said it was vital “we don’t lose control again”.

He said one of the important issues is the NHS Test and Trace system which has been rolled out across England with the help of 25,000 contact tracers.

But the programme will not be operational at a local level until the end of next month, while an accompanying app is delayed by several weeks.

Prof Horby added: “Sage has always been very clear that that needs to be in place and fully operational before social distancing can be safely relaxed.

“We are not entirely sure what the effect of relaxing the social measures will be, and so we need to have that safety net of the test, trace and isolate system.

“And, as we know, it’s not yet fully operational – so, I think that is where the risk lies.

“We are entering a period where there is a risk of increasing transmission, but we don’t yet have that safety net fully in place.

“Returning to a situation where we lost control again is far worse than another week or two of social measures.”

Asked about the possibility of a second spike in Covid-19 cases, Prof Horby said: “That’s the risk that we are all very concerned about.

“It is a fragile time. We have to be very careful.”

Professor Edmunds told Sky News that officials are “trying to replace these blanket measures with a much more targeted approach, this track and trace, where instead of everybody being in lockdown you put those who are most at risk in lockdown for a couple of weeks.”

But, because the new system only started on Thursday, he added: “We can’t be sure that is working effectively yet, and yet we’re going ahead and making these changes anyway.”

He wrote on Twitter: “Covid-19 spreading too fast to lift lockdown in England. Agree with John & clear science advice.

“TTI (test, trace and isolate) has to be in place, fully working, capable dealing any surge immediately, locally responsive, rapid results & infection rates have to be lower. And trusted.”

The comments come as Britain is set for a weekend of high temperatures and police have urged the public to follow current safeguards about social contact ahead of the lessening of restrictions from Monday.

Downing Street warned the public that meet-ups remain prohibited until after the weekend.

Wiltshire Police Chief Constable Kier Pritchard said: “I know we are going into another weekend where the weather looks fantastic and beautiful, and that will bring many temptations for us to go outside and perhaps meet with friends and loved ones that we haven’t seen for some time, and perhaps gather in large groups, but, quite simply the rules and regulations will not allow that this weekend.”