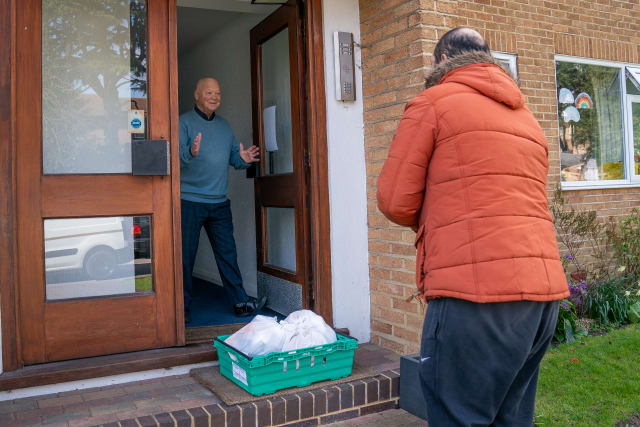 High-risk people who have spent more than two months shielding from coronavirus say they feel “left behind and forgotten about”, after being told their isolation may continue for “several more months”.

Charities supporting the more than two million people currently shielding from Covid-19 said Boris Johnson’s announcement that lockdown measures would be relaxed for the rest of the population have made the most vulnerable “deeply concerned” about the impact an extended period at home will have on their mental and physical health.

The Prime Minister was unable to give a timeframe on when lockdown measures for vulnerable people would be lifted. And they were dealt a further blow on Friday when Environment Secretary George Eustice warned that those shielding from coronavirus may have to continue to do so “for several more months”.

Nearly 50 charity bosses have written an open letter to the Government calling for the urgent need to publish clear, consistent advice on shielding measures to ensure such people protect themselves and can access support as lockdown eases.

Steven McIntosh, Macmillan Cancer Support policy director, said the latest announcement  was “incredibly bleak and distressing” for those in the high-risk category.

He told the PA news agency: “It’s simply not acceptable that they just get a message that they are going to have to continue to do this for some time longer, they need to understand what that means and what support is available.

“Macmillan is hearing from people who feel left behind and forgotten, who got a letter at the start of March telling them to stay in total lockdown, not to leave the house, not to see anyone, to protect themselves.

“They feel there has been a huge lack of communication to help them understand what lockdown means for them.”

And he warned the impact on the mental health of vulnerable people was particularly concerning.

He said: “All of society has been struggling with the impact of lockdown, but for someone with a severe medical condition… already having spent three months in total lockdown without leaving the house, and now spending further months with a lot of uncertainty about what that means for them, that is incredibly bleak and distressing.

“Many of them feel that they are seeing the days of their lives ticking away without any certainty as to when they are going to be able to see their loved ones, leave their house, or live their lives to the fullest.”

The open letter, sent to the Cabinet Office on Friday, calls for clear guidance from the Government on what to do when the current 12-week lockdown period for the most vulnerable ends, with a strategy in place to protect them from the virus both mentally and physically when they are allowed to leave their homes.

Sinead Fitzgibbon, a personal trainer with arthritis who had defied the Government’s letter for her to self-isolate for 12 weeks due to concerns about the long-term impact on her mental and physical health, said she felt “bullied” by the “stark” way in which vulnerable people have been told to simply stay inside.

She told the PA news agency: “The whole messaging around the shielding from the get-go has been very stark, the language was very black and white.

“It took away any kind of personal choice. I am in a good place now, I’m mentally strong. If I was where I was 10 years ago receiving that kind of information, I know it would have made me anxious.

“And I actually felt a little bit bullied – that’s probably a strong word – but it was very much like: ‘you must do this’, it took it took away our choice and our independence completely.

“I know Boris Johnson said he’s aware of our situation, but it feels so like a postscript. The NHS could not cope if we all got ill at the same time. So it was very much felt like: ‘go away, we can’t deal with you right now, disappear for 12 weeks and then we’ll see if we’re in a better position to deal with you guys’.

“He didn’t give us any indication that this is going to end anytime.”