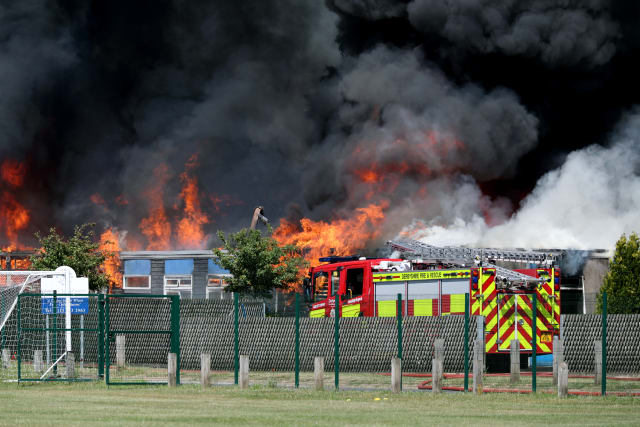 A fire which destroyed a primary school was caused accidentally during works being conducted as part of an ongoing refurbishment.

Emergency crews were alerted at 12.12pm and firefighters from across Derbyshire, Nottinghamshire and Leicestershire attended the scene, eventually working throughout the night to damp down and extinguish hot spots.

Two firefighters who sustained minor injuries at the scene have now been discharged from hospital and are recovering at home.

Group manager Dean Gazzard, the officer in charge at the incident, said: “Workers carrying out the refurbishment of the school did everything they could to contain the fire and prevent its spread before the arrival of firefighters.

“Fire crews worked in extreme heat and challenging conditions, but despite everyone’s efforts the school was totally destroyed by the rapidly spreading fire.”

Mr Gazzard added: “The service sends its thoughts to everyone affected by the loss of Harrington School.

“Schools are at the heart of every community and we know the consequences of this fire will be felt heavily across the communities of Long Eaton.”

No children were on the premises at the time of the fire and the school has thanked local people for messages of support.

The school said in a statement to parents: “We wish to thank you for all the kind messages of support and the generous gifts you have delivered.

“All have been touching – we cannot thank you enough.”