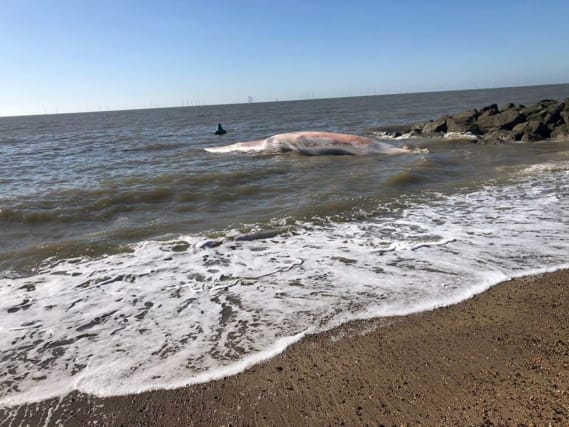 A 40ft-long whale has washed up on a beach in Essex, with police advising people to keep away.

The giant marine mammal, which is dead, was swept ashore at Clacton-on-Sea on Friday.

Essex Police said they are working with other organisations to plan how to remove it.

The force wrote in a Facebook post: “Sadly a 40ft whale has been washed up on Clacton this morning.

“We are currently in attendance with other organisations and discussions are under way on how to remove her.

“The area is cordoned off and the public are advised to stay away. #SocialDistancing #StayAlert”

A spokesman for the Maritime and Coastguard Agency said officers were called to a report of a “large object” on the beach, later confirmed to be a dead whale, just after 5.30am.