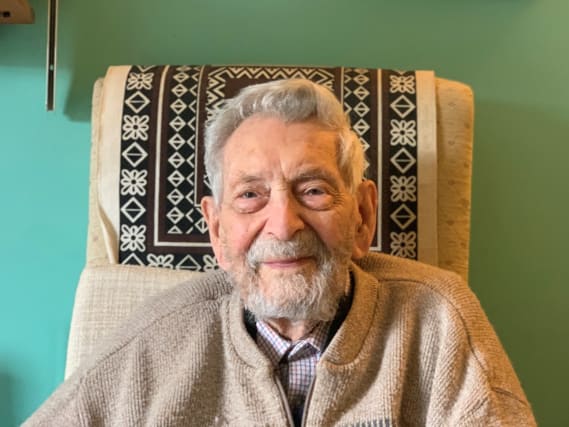 The world’s oldest man, Bob Weighton, has died from cancer at the age of 112, his family have confirmed.

The former teacher and engineer, from Alton, Hampshire, took up the title of the oldest man in the world in February after the death of the previous holder Chitetsu Watanabe of Japan.

Confirming his death to PA, his family said in a statement: “With great sadness, the Weighton family announces the death of our beloved Bob Weighton.

“He died peacefully in his sleep, from cancer, on the morning of Thursday 28 May 2020 at his flat in Alton, Hampshire, where he lived independently. Aged 112, Bob was the oldest man in the world.

“Bob was an extraordinary man, and to the family not really because of the amazing age he reached.

“A role model to us all, he lived his life interested in and engaged with all kinds of people from across the world.

“He viewed everyone as his brother or sister and believed in loving and accepting and caring for one another.

“He had many, many friendships and read and talked politics, theology, ecology and more right up until his death.

“He also cared greatly for the environment. The second bedroom in his flat was a workshop, filled with furniture, windmills and puzzles he made and sold in aid of charity, often from bits of wood pulled from skips.

“We are so grateful that until the very end Bob remained our witty, kind, knowledgeable, conversationalist father, grandfather and great grandfather, and we will miss him greatly.”

Mr Weighton’s final birthday celebration on March 29 was held behind closed doors after the imposition of the Covid-19 lockdown, and he described how the “world is in a bit of a mess” with the crisis.

But despite his title of world’s oldest man, Mr Weighton declined a birthday card from the Queen, saying he did not want one at the taxpayer’s expense and he had received at least 10 from her already.

Mr Weighton was born in Kingston-Upon-Hull, Yorkshire, on March 29, 1908, which by coincidence is the same day as Britain’s oldest woman Joan Hocquard, from Poole, Dorset, and also that of Alf Smith from St Madoes, Perthshire, Scotland, who shared the title of Britain’s oldest man until his death last year.

The father-of-three is survived by his children David and Dorothy, 10 grandchildren and 25 great-grandchildren.

Johnny Depp arrives at court for second week of trial