Surge in inquiries about rodents during lockdown, Rentokil says 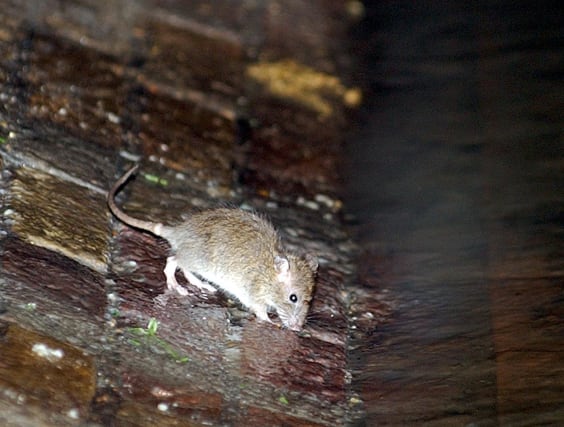 While the warmer weather usually sees a drop in the number of people searching for information on the animals, figures for March and April reveal enquiries are 45% higher than the six-year average.

Experts suggest part of the increase can be attributed to the fact people are at home as a result of lockdown measures to curb the spread of coronavirus, and therefore more likely to notice the signs of rodents.

According to the data from Rentokil Pest Control, there was a 79% increase in web traffic to its “signs of rats” webpage in April, when compared to the same month in 2019.

However, increasing rodent activity could be part of a longer-term trend owing to warmer winters over recent years, which has allowed rodent populations to increase.

Traditionally, colder winters naturally curtail rat and mouse numbers, but milder weather patterns can allow them to have more litters in a season, and also increases the number of rodents in a litter that are likely to survive to adulthood.

Experts warn that with large numbers of commercial premises currently unoccupied and the weather starting to warm up, rodent populations could continue to thrive.

Paul Blackhurst, head of technical academy at Rentokil Pest Control, said: “Rats have a gestation period of 21 – 23 days and will have five to 10 pups per litter.

“The rise in rodent activity in people’s homes could be the tip of the iceberg when it comes to the total rodent population.

“It is advisable that commercial premises take proactive measures to prevent pests from taking up residence in their facilities whilst they are unoccupied.”

Data suggests the most common time for rodents to be active in commercial premises is 12.24am – a time when few people are going to be onsite.

It also shows where rodents are most active in premises and found that 30% of infestations in warehouses and distribution centres originate in the loading bay area, where building entrances are frequently open.

Mr Blackhurst added: “Once rodents gain access to premises they can be difficult to control.

“A mouse can survive on as little as three grams of food per day and can eat from up to 70 different sources of food within 24 hours.

“Early detection is one of the best weapons a business has in the fight against rodents.

“But problems can easily go unnoticed because they are most commonly active around midnight, a time when most commercial premises are often empty.

“As businesses think about how employees might be able to return to office environments, it’ll be important for them to check that pests haven’t moved in.”