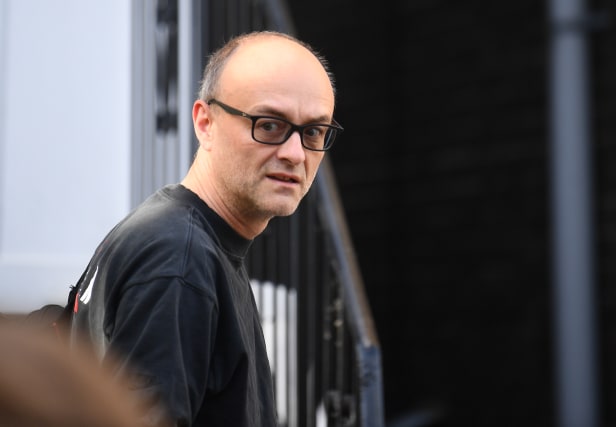 Boris Johnson is standing by his chief aide Dominic Cummings despite the police saying they would have taken action if they had stopped him on his journey to Barnard Castle.

Amid mounting anger and plummeting poll ratings, Downing Street said the Prime Minister “regards this issue as closed” after Durham Constabulary said it did not intend to take “retrospective action”.

The police found that Mr Cummings may have committed “a minor breach” of coronavirus lockdown rules when he drove the 50-mile round trip to Barnard Castle to test his eyesight after it was affected by Covid-19.

However, the force said that had a police officer stopped the aide they would have “likely advised Mr Cummings to return to the address in Durham, providing advice on the dangers of travelling during the pandemic crisis”.

The force said it did not consider Mr Cummings had committed an offence by locating himself at his father’s farm in the county.

But it noted that it was concerned with breaches of the regulations, not the general Government guidance to stay at home.

In its statement, the force said: “Durham Constabulary have examined the circumstances surrounding the journey to Barnard Castle – including ANPR (automatic number plate recognition), witness evidence and a review of Mr Cummings’ press conference on 25 May 2020 – and have concluded that there might have been a minor breach of the regulations that would have warranted police intervention.

“Durham Constabulary view this as minor because there was no apparent breach of social distancing.”

Durham’s former chief constable Mike Barton said he believed the force statement used the word “might” in relation to Mr Cummings breaking the regulations as they could not be seen to be acting as judge and jury.

Raj Chada, head of the criminal defence department and a partner at firm Hodge Jones & Allen, told the PA news agency: “I interpret this statement as them saying that there is enough evidence to say that he breached the rules (but ultimately for a court to decide) but that it is not in the public interest to prosecute for the reasons that they say.”

– Mr Johnson is to confirm plans at the daily Downing Street briefing later on Thursday to ease the lockdown following the latest three-weekly review.

– ONS figures suggest the average number of people with coronavirus in community settings in England remains “relatively stable”, though the infection rate among people working outside the home is around three times as high as for those working at home.

– Contact tracers began tracking down people who have come into close contact with coronavirus sufferers, amid reports of major problems with the NHS Test and Trace system.

– Scottish First Minister Nicola Sturgeon announced that people in Scotland will be able to meet one other household at a time outdoors from Friday as lockdown measures ease.

– The toll of deaths linked to the virus rose to almost 48,000, while at least 189 frontline health and care workers have died after contracting Covid-19.

– Up to 4,500 easyJet staff could lose their jobs under plans announced by the airline, while new figures showed the number of passengers arriving in the UK by air fell from around 7.1 million in January to 112,300 in April.

Shadow home secretary Nick Thomas-Symonds said: “The police have confirmed what we all knew, that Dominic Cummings broke the rules he helped to write. The country cannot afford for this saga to carry on. Only Boris Johnson can draw a line under it.”

He added: “If he does not act then he will send a clear message that there is one rule for his closest adviser and another for the British people.”

And the SNP’s Westminster leader Ian Blackford added: “We now have confirmation from Durham Police that Mr Cummings broke the regulations – and we already know that he broke UK Government guidance.

“His position is completely untenable. This has become a question of Boris Johnson’s judgment and integrity.”