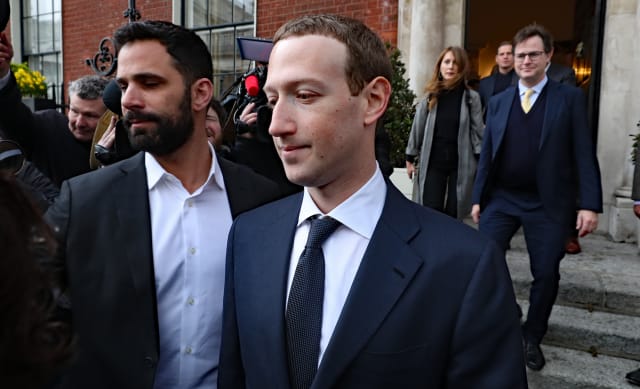 Earlier this week, Twitter added fact-checking labels to two tweets from the US president which made unsubstantiated claims about “fraudulent” postal voting in the United States.

Mr Trump threatened to “close down” social media sites in response, claiming they are biased against him and other conservative voices.

Facebook boss Mark Zuckerberg has now also weighed into the argument, telling Fox News that Facebook had a different approach and that private companies such as social media sites should not be the “arbiter of truth”.

“I just believe strongly that Facebook shouldn’t be the arbiter of truth of everything that people say online,” he said.

“Private companies probably shouldn’t be – especially these platform companies – in the position of doing that.”

Facebook has been heavily criticised for its approach in the past, with critics suggesting the site has allowed misinformation to spread under the guise of free speech.

Mr Dorsey stood by Twitter’s decision, saying the site would continue to flag misinformation and also defended his staff after some were targeted by supporters of Mr Trump in the wake of Twitter’s fact-checking.

“Fact check: there is someone ultimately accountable for our actions as a company, and that’s me. Please leave our employees out of this. We’ll continue to point out incorrect or disputed information about elections globally. And we will admit to and own any mistakes we make,” he said.

“This does not make us an ‘arbiter of truth’. Our intention is to connect the dots of conflicting statements and show the information in dispute so people can judge for themselves. More transparency from us is critical so folks can clearly see the why behind our actions.”

Mr Dorsey also explained that the fact-check flag had been added to Mr Trump’s tweets because they “may mislead people into thinking they don’t need to register to get a ballot (only registered voters receive ballots).”

Under those tweets, there is now a link which reads “Get the facts about mail-in ballots” and guides users to a Twitter page with fact checks and news stories about Mr Trump’s unsubstantiated claims.

The US president has since renewed his criticism of social media and the wider tech industry, claiming in a further tweet that such companies were trying to “censor” him.

“Big Tech is doing everything in their very considerable power to CENSOR in advance of the 2020 Election. If that happens, we no longer have our freedom. I will never let it happen! They tried hard in 2016, and lost. Now they are going absolutely CRAZY. Stay Tuned!!!,” he said.

According to reports in the US, the president will sign an executive order focusing on social media firms on Thursday. Details of the order are yet to be confirmed.