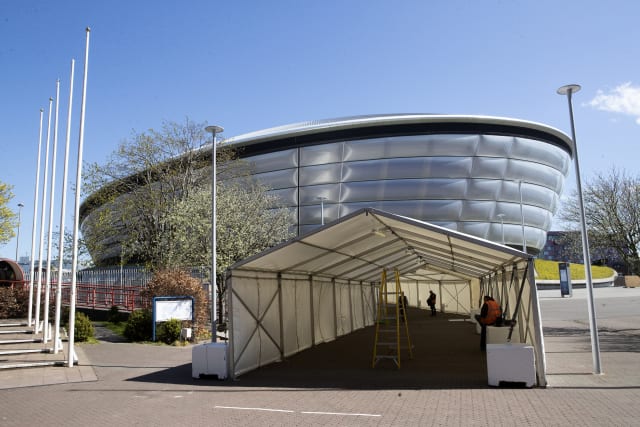 Key international climate talks postponed as the result of the pandemic will now take place in the UK in November 2021, a year later than scheduled, it has been announced.

The United Nations “Cop26” summit had been due to take place in Glasgow in November 2020 hosted by the UK, partnered by Italy, but was delayed as a result of the global coronavirus crisis.

A new date of November 1-12 has now been announced by the UN’s climate body, the UNFCCC, and the UK Government, which proposed the dates as giving the “best chance of delivering an inclusive and ambitious” meeting.

Campaigners warned efforts to tackle climate change could not be delayed and urged the UK to lead a “green” recovery from the pandemic that cuts emissions and rebuilds the economy in a more sustainable way.

Cop26 is the most important round of talks since the global Paris Agreement to tackle climate change was secured in 2015.

This year marks the date by which countries are expected to come forward with stronger emissions cuts to meet the goals of the deal.

Plans submitted so far put the world on a pathway towards more than 3C of warming, though the Paris Agreement commits countries to curb temperatures to 1.5C or 2C above pre-industrial levels to avoid the worst impacts of climate change.

Business Secretary Alok Sharma said: “While we rightly focus on fighting the immediate crisis of the Coronavirus, we must not lose sight of the huge challenges of climate change.

“With the new dates for Cop26 now agreed we are working with our international partners on an ambitious roadmap for global climate action between now and November 2021.

“The steps we take to rebuild our economies will have a profound impact on our societies’ future sustainability, resilience and wellbeing and Cop26 can be a moment where the world unites behind a clean resilient recovery.”

“With 17 months to prepare, there can now be no excuse for nations not to significantly boost their climate ambitions in line with the Paris Agreement and for the UK Government to lead the way with an enhanced 2030 climate pledge that put us on the path to achieving net zero,” he said.

Earlier, shadow business and energy secretary Ed Miliband took to Twitter to urge the Government to proceed with the most “ambitious green recovery in the world”.

Mr Miliband said the Government should use the extra time in the lead up to the talks wisely and added: “We will be holding them to account because so much is riding on this summit”.

Greenpeace UK executive director John Sauven said: “The climate summit can be delayed, but dealing with the climate emergency cannot.”

He said what was required was “action not words, starting at home by delivering a climate-proof economy that supports millions of jobs”.

“Next year’s climate summit will only be a success if major economies use this opportunity to build a green recovery,” he added.

Christian Aid’s global climate Llead, Dr Kat Kramer, said it made sense to push the summit back to next November.

“But it’s a concern that the world is missing out on a major opportunity to agree the next steps in the global fight to tackle the climate crisis.”

And she said: “We need to see countries using their economic recovery packages to accelerate the transition to a zero carbon world.

“Boris Johnson needs to show he’s a credible host by ensuring the UK is leading the world with a truly green stimulus.”