In Pictures: Final applause as curtain comes down on Clap for Carers 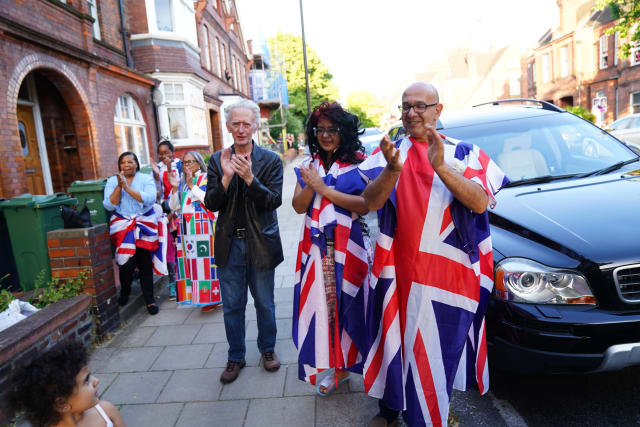 Members of the public and health workers were out in force on Thursday evening for the Clap for Carers, now in its 10th week.

But this week’s event may be the last, after the woman behind the idea said she will no longer take part.

Millions of people across the UK have lined their thresholds, gathered on pavements, and stood in their gardens at 8pm every Thursday to demonstrate their support for care staff and frontline workers.

But the ritual has been criticised by some for becoming “politicised”.

Annemarie Plas, 36, last week told the PA news agency she has no problem with people continuing to gather at 8pm each week to clap, but said she will not be among those taking part in future.

She said: “To have the most impact I think it is good to stop it at its peak.”

If this week marks the end of Clap for Carers, it was a fitting finale.