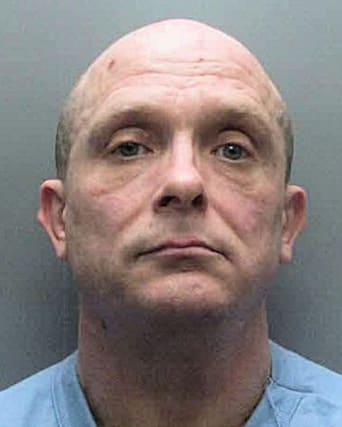 The ex-girlfriend of Babes in the Wood murderer Russell Bishop has appeared in court accused of lying over a key piece of evidence 32 years ago.

Bishop was controversially acquitted of the brutal murders of schoolgirls Karen Hadaway and Nicola Fellows after a trial in 1987 and it was not until 2018 that he was brought to justice for the killings.

His former partner Jennifer Johnson is alleged to have “wilfully made a false statement” to that first murder trial, according to the charge.

The CPS alleges that she lied to the trial and claimed that a blue Pinto sweatshirt did not belong to Bishop and that she had never seen it before, according to the charge.

She is charged with wilfully making a false statement in judicial proceedings under the Perjury Act and committing an act or series of acts with intent to pervert the course of justice.

She did not enter a plea and was told she must appear before Lewes Crown Court on June 25.

Karen and Nicola had been nine years old when they were found sexually assaulted and strangled in a woodland den in Brighton in October 1986.

The horrific crime shocked the East Sussex community and led to an outpouring of grief.

Bishop, who was 20 at the time, was put on trial for murder the following year but was controversially acquitted.

Within three years he went on to kidnap, molest and throttle a seven-year-old girl, leaving her for dead at Devil’s Dyke.

While serving life for attempted murder for that offence, Bishop was ordered to face a fresh trial in light of a DNA breakthrough.

The new trial was only possible after double jeopardy laws in England were changed in 2003.

In 2018 the convicted paedophile was found guilty of killing the two schoolgirls, bringing to an end their families’ long fight for justice.