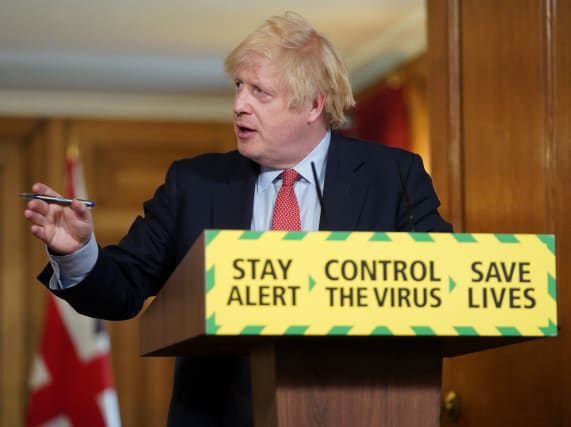 Groups of up to six people will be allowed to meet outside provided they stay two metres apart as Boris Johnson announced a “cautious” easing of lockdown rules amid a continuing row over Dominic Cummings.

The Prime Minister confirmed that all five tests required for the next phase to begin have been met, meaning more pupils can return to school and outdoor retail and car showrooms can open from Monday in England.

Mr Johnson set out that people would be able to see “both parents at once, or both grandparents at once” in what he said would be a “long-awaited and joyful moment” for many.

The PM set out the details just hours after Durham Constabulary said they would have taken action if police officers had stopped Mr Cummings on his 50-mile round trip to Barnard Castle.

Downing Street said Mr Johnson regarded the issue as “closed” after the police said they did not intend to take “retrospective action”, though the force found that the aide may have committed “a minor breach” of lockdown rules in driving to the town.

Mr Johnson told the daily press conference that people should “try to avoid seeing too many households in quick succession so we can avoid the risk of quick transmission from lots of different families and continue to control the virus”.

“It remains the case that people should not be inside the homes of their friends and families, unless it is to access the garden.

“I should add that, at this stage, I am afraid that those who have been asked to shield themselves should continue to do so.”