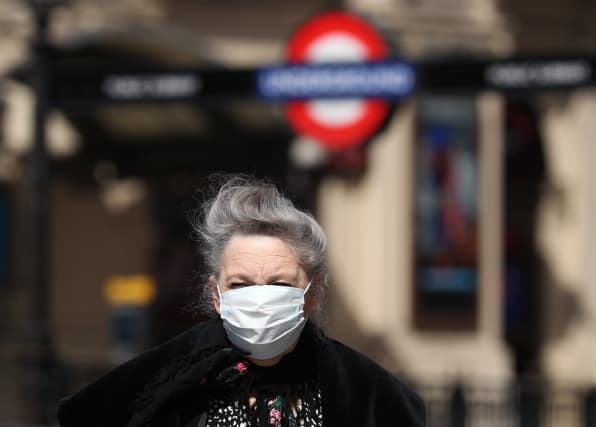 The Test and Trace system will fail to work effectively if statutory sick pay is not increased, the Government has been warned.

Those self-isolating will be eligible for statutory sick pay but there are fears that many workers will not be able to afford to isolate and will be forced to keep working.

NHS Test and Trace – seen as key to easing the coronavirus lockdown restrictions – will be rolled out across England on Thursday, and there are concerns that people could be asked to self-isolate for period of 14 days more than once in the coming weeks.

TUC general secretary Frances O’Grady said: “We need a testing and tracing programme up and running as soon as possible.

“But it will not be effective if workers are pushed into hardship when they are required to self-isolate.

“Statutory sick pay is just £95 per week – and two million workers aren’t even eligible for that.

“If workers can’t afford to self-isolate, then they will be forced to keep working.

“That will put them, their workmates and their local community at risk, and undermine the entire Test and Trace programme.

“The Government must extend statutory sick pay to everyone – no matter what they’re paid – and raise it to the level of the real Living Wage, £260 per week.

“And the self-employed income support scheme must remain in place as a source of financial support for those forced to self-isolate. That’s how to show that we really are all in this together.”

Statutory sick pay stands at £95.85 per week, and according to the Government website you could get it if you cannot work and are self-isolating.

Shadow health secretary Jonathan Ashworth called for “enhanced” sick pay when he was asked about the new system and people being expected to self-isolate for 14 days if contacted.

He told BBC Radio 4’s Today programme: “There will be people whose work conditions and employment conditions make that difficult for them so they need that security, they need enhanced sick pay where necessary to make sure they stay at home.

“But, of course, it is perfectly possible that you could isolate for 14 days, come out, meet somebody else again whose got the virus and have to go back in. So this could be a huge burden for people.”

Asked about the level of enhanced sick pay, Mr Ashworth called on the Government to look at the living wage and levels paid in other European countries.

Mr Ashworth said there is an “anomaly in the regulations” at the moment, adding: “Sick pay is only triggered, as I understand it, when somebody has tested positive.”

He added that this “urgently needs to be ironed out”.

Meanwhile, hardship for migrants asked to self-isolate has also been raised.

Prime Minister Boris Johnson appeared to be caught off guard when challenged at the Liaison Committee about “no recourse to public funds” (NRPF) – a standard condition applied to people staying in the UK with temporary immigration status.

Work and Pensions Select Committee chairman Stephen Timms highlighted a couple in his East Ham constituency with two children who were being forced into “destitution” as a result of NRPF.

Zoe Gardner, policy adviser at the Joint Council for the Welfare of Immigrants, said it is “essential” that everyone is “equally protected” with a social security net so that everyone can self-isolate when they need to.

“Migrants often find themselves in insecure work with flexible or zero-hours contracts – including many who’ve been keeping Britain going through their frontline work throughout the pandemic,” she said.

“But those in insecure employment often have no choice but to continue working even where there is a risk to their health, or when they need to isolate, because they cannot risk losing their jobs or having their hours cut.

“For migrants with no recourse to public funds, losing their job puts them and their families at imminent risk of destitution as they are barred from accessing essential basic support like Universal Credit or Employment Support Allowance.”