Woman rescued by ferry skipper after driving car into river 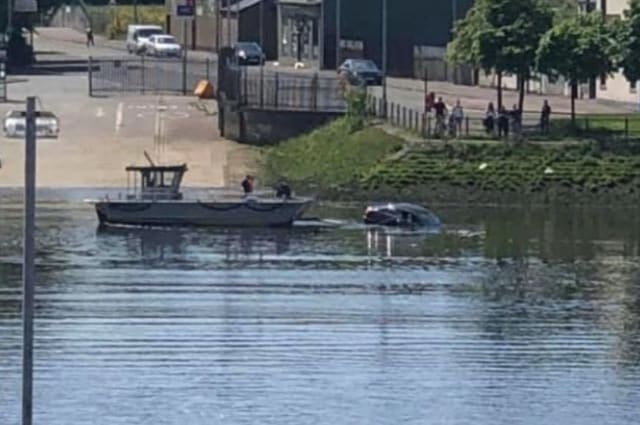 A woman has been rescued from her car after driving it "at speed" into a river.

The incident happened on Wednesday afternoon on the River Clyde at the crossing for the Renfrew Ferry, which links the town with Yoker in Glasgow.

Her car entered the water just before 1pm and the 52-year-old was rescued.

A social media account for the Renfrew Ferry posted to say the vessel's skipper "dragged her out" from the river and nobody was hurt.

The post on Twitter said: "Hi folks our apologies the ferry is off for a while we have had a major incident.

"A lady drove her car at speed into the river.

"Fortunately our skipper went in and dragged her out so no one was hurt.

"We need to get the car removed and will update asap".

A Police Scotland spokeswoman confirmed the woman was checked by paramedics at the scene.

She said: "Shortly before 1pm, police received a report of a car in the River Clyde, close to the Renfrew ferry crossing.

"A 52-year-old woman was rescued from the vehicle by members of the public and is being checked over by paramedics at the scene.

"Inquiries are ongoing to establish the full circumstances.

"Support units including the marine unit are in attendance whilst the car is recovered.

"The ferry terminal is likely to be closed as a result."