WHO creates new foundation in a bid for more funds 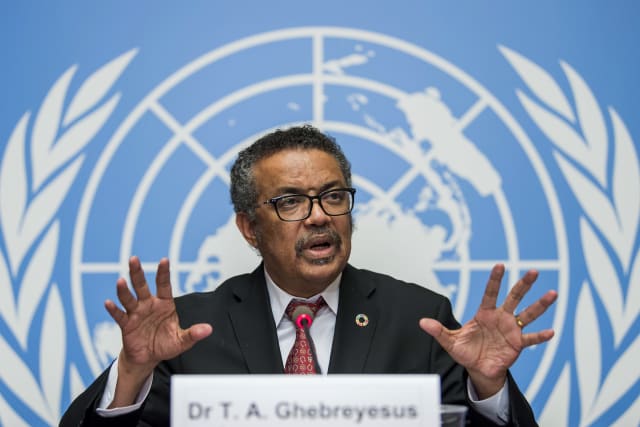 The World Health Organisation has called on members of the public to start donating funds to its new foundation.

It comes after Donald Trump threatened to permanently pull US funding from the global health body.

The body said it has set up the WHO Foundation to “broaden its contributor base”.

But when asked whether the WHO Foundation had been set up as a response to the threat, WHO director general Dr Tedros Adhanom Ghebreyesus insisted the infinitive had been in the making for two years.

During WHO’s tri-weekly briefing on Covid-19, Dr Tedros said: “Until now, WHO has been one of the few international organisations which has not received donations from the general public.

“One of the greatest threats to WHO’s success is the fact that less than 20% of our budget comes in the form of flexible assessed contributions from Member States, while over 80% is voluntary contributions, which are usually tightly earmarked for specific programmes.

“In effect, that means WHO has little discretion over the way it spends its funds.”

He added: “But for WHO to fulfil its mission and mandate, there is a clear need to broaden our donor base, and to improve both the quantity and quality of funding we receive – meaning more flexibility.

“Since February 2018 we have been hard at work supporting the establishment of the WHO Foundation and today it gives us enormous pleasure to launch it officially.

“This is a historic step for WHO, as an integral part of our resource mobilisation strategy to broaden the contributor base.”

It comes after the US has been heavily critical of the organisation in its Covid-19 response.

The US health secretary made scathing remarks about WHO during the World Health Assembly earlier this month.

Alex Azar, said: “WHO must change and it must become far more transparent and far more accountable.”

The WHO Foundation is a “independent grant-making entity”, WHO later said in a press release.

The foundation, based in Geneva, will support WHO’s efforts to address the most “pressing global health challenges”.