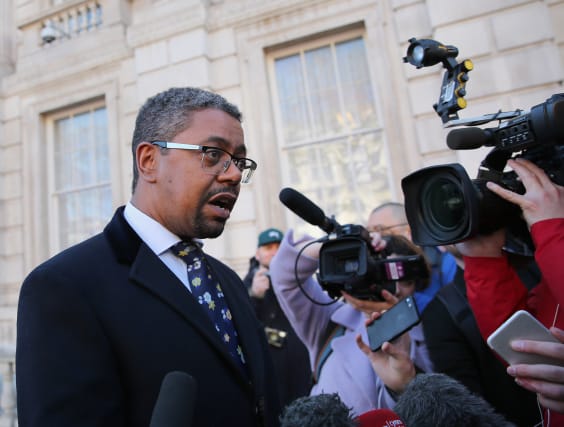 Wales will launch its test and trace plan on Monday, the country’s health minister has announced.

Vaughan Gething said the scale of the Welsh Government’s contact tracing plan, which will help decide when lockdown measures are eased, was “unprecedented”.

On Wednesday, Public Health Wales said a further 11 people had died after testing positive for coronavirus, taking its total number of deaths to 1,293, though the true number is now known to be more than 2,000.

Another 97 people also tested positive for the virus, bringing the total number of confirmed cases in the country to 13,653.

The plan will see more people with Covid-19 symptoms tested while isolating, with positive tests resulting in the people they have been in close contact with being identified and given guidance.

Mr Gething said in a written statement that the Test, Trace, Protect plan would be a “key enabler” as to when restrictions are eased in Wales, but warned its success was dependant on the public following advice including self-isolating.

He said: “This week, the First Minister will confirm what, if any, easements to lockdown rules and social distancing will take place in Wales. Welsh Government decisions will continue to be based on scientific evidence and advice.

“Whenever easements are made and whatever form they take, implementing our Test, Trace, Protect strategy will be a key enabler. We have made further progress in developing our testing capacity and making sure that we will be ready for contact tracing.

“Future relaxations of lockdown measures will be dependent on everyone following advice set out in our Test, Trace, Protect strategy, including self-isolating when required.”

Mr Gething said Wales now had a laboratory capacity for over 9,000 tests a day, with capacity expected to increase to 10,000 tests a day “in the near future”, though figures show only 2,206 tests took place on Tuesday.

Tracing pilots have been ongoing in the Hywel Dda, Powys, Betsi Cadwaladr and Cwm Taf Morgannwg health board areas since May 18.

Contact tracing was also in operation in Wales in March until the country was placed in lockdown.

Earlier on Wednesday, the Welsh Government announced it would be spending £2.4 billion to help firms and public services amid the pandemic in an update to its budget for 2020-21.

The money amounts to a more than 10% increase in the Government’s budget, which includes an extra £750 million to the NHS and key public services.

The extra funding comes as a result of spending measures committed in England by the UK Government, reprioritised money from other budgets across the Welsh Government, and repurposed funding from the EU.

But finance minister Rebecca Evans later said Wales’ ability to get money to the front line of the fight against Covid-19 was being “constrained” by “rigid financial rules imposed by the UK Government”.

Ms Evans said she wanted “more flexibility” from the Treasury, including an end to “arbitrary” borrowing limits of £150 million a year for infrastructure, and removing a £125 million limit on the amount that can be drawn from an account known as the Wales Reserve.

Ms Evans also said the UK Government would be tested on whether it had “learned the lessons of the last decade” looking ahead at the UK’s looming recession, and that it should protect living standards and public services.

“Choosing austerity again would be a devastating insult to the sacrifices that many people across Wales and the whole of the UK have been making,” she said.