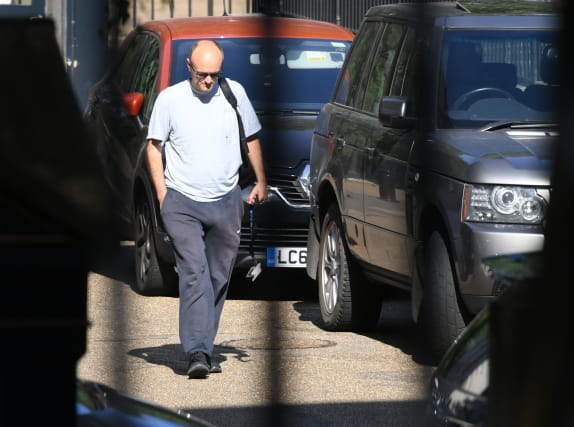 Stormont’s infrastructure minister has added her voice to calls for Dominic Cummings to leave his post.

While Prime Minister Boris Johnson continued to back his top adviser, Nichola Mallon (SDLP) became the latest to say he should quit, with at least 30 Conservative MPs at Westminster also calling for him to resign or be sacked.

In a press conference on Sunday, Mr Cummings defended a 260-mile trip from London to the North East of England he made with his family during lockdown, saying he believed he behaved “reasonably”.

“I believe that as a Government your job is to keep people safe and to keep people with you, and to do that they must have confidence and trust in the public health advice,” she said.

“I think what Dominic Cummings has done has rightly caused great anger because while the rest of us are expected to follow the rules, if you’re in the elite in Number 10, it’s OK to follow your instincts and I think for that reason Dominic Cummings should go.”

Earlier this week, Northern Ireland’s health minister Robin Swann urged people in the region to stick to the guidance and regulations set by the devolved executive.

“I believe there’s no person, no position or point of privilege that is above the guidance on the rules and regulations, no matter who they are,” he said.

“Because this virus is no respecter of any of those three positions, and no-one is immune from Covid-19, no matter where they are. So, in regards to the damage in the message, yes there has been implications, there will be implications.