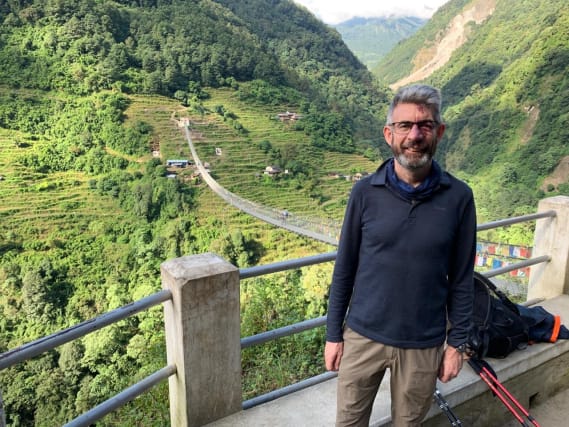 Police have issued new photos of a diplomat who has been missing for three weeks.

Richard Morris left his home in the Hampshire village of Bentley, near Farnham, at 10.30am on Wednesday May 6, to go jogging.

He was spotted by a member of the public at around 10.50am running in Isington Road, Alton, but has not been seen since.

The 52-year-old was the ambassador to Nepal between 2015 and November 2019 and accompanied the Duke of Sussex during his tour of the country in 2016.

Before that, he was head of the Pacific department in the Foreign and Commonwealth Office and has held senior diplomatic posts including in Australia and Mexico.

Chief Inspector Alex Reading, of Hampshire Police, said: “We are again appealing for any new information that may help us locate Richard Morris.

“We are asking the public, particularly those who frequent Alice Holt Forest or the areas surrounding Isington Road, to remain vigilant.

“Richard is described as being white, around 6ft tall, with greying hair and a beard. He also has a distinctive birthmark on his face.

“He was last seen wearing a blue long-sleeved top with a half zip, black shorts, and blue trainers.

“We are beyond grateful for the support and information we have already received from the public in this investigation so far; please get in touch if you have anything that could assist us further.

“We are continuing to keep Richard’s family updated and support them at this difficult time.”