Men do over an hour less unpaid labour a day than women in lockdown, study shows 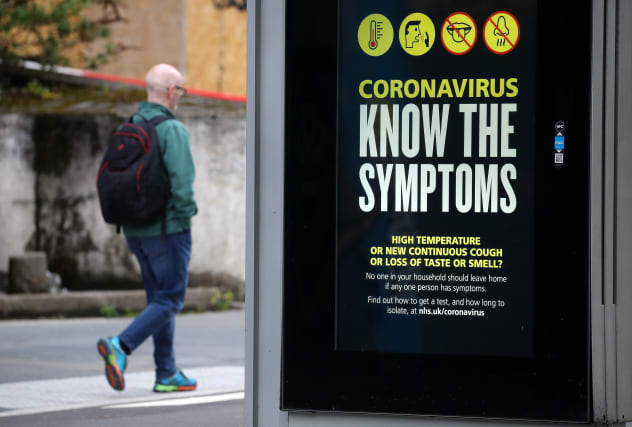 Men are doing more than an hour less unpaid labour than women each day, despite increasing their responsibilities during the coronavirus lockdown, figures suggest.

Time spent on childcare has risen by more than a third (35%) during the lockdown, while care from older people such as grandparents has plummeted 90%, a survey from the Office for National Statistics (ONS) found.

Men increased their unpaid labour, such as caring for children or adults, housework and volunteering, by 22 minutes to two hours and 25 minutes a day, the study found.

But while women’s burden was reduced by 20 minutes a day, to three hours and 32 minutes, they are still giving an hour and seven minutes more of their time than men.

The Time Use survey compared data from March 28 to April 26 with figures from the previous study between April 2014 and December 2015.

Before the lockdown, the gap in unpaid work between men and women was an hour and 50 minutes.

People over 60, such as grandparents, are now providing an average of an hour and 44 minutes less childcare a week on average as a result of shielding and social distancing measures.

Those without children, such as friends or extended family members, reduced their caring by an hour and 13 minutes a week.

While men with children increased their amount of childcare by 58%, they still did 15 minutes less a day than women.

This was highly dependent on the age of the child, with women spending four hours and five minutes caring for a child under eight, compared with two hours and 50 minutes by men.

The study found that people with low household incomes have been spending more time doing paid work since the lockdown began.

Those with monthly household incomes up to £1,700 have spent an extra 21 minutes a day on average doing paid work, compared with a drop of around 32 minutes for those on monthly incomes of £1,700 to £3,300.

The ONS said the increase in working time for people on low household incomes could be because they are more likely to be in jobs that cannot be done from home and have had to continue going into work during the lockdown.

Households earning up to £1,700 per month after tax were working the same amount outside the home as they were five years ago, while higher income households were more likely to have switched to home working.

Gueorguie Vassilev of the ONS said: “These new findings show that not all households are experiencing the impacts of the coronavirus (Covid-19) pandemic in the same way.

“It will be interesting to see if time use reverts to a pre-pandemic pattern after this crisis is over, or if some changes will be lasting ones.”

The ONS figures also suggest those on lower incomes were less likely to have seen an increase in free time since the lockdown began.

Those on monthly household incomes up to £1,700 reported an extra 19 minutes a day on average for entertainment, socialising and other free time, compared with an increase of 46 minutes for those on £1,700 to £3,300.

There is a similar trend for sleeping and rest (an extra 10 minutes versus an extra 25 minutes), and for gardening and DIY (15 minutes versus 23 minutes).

Considering the changes in paid and unpaid work, the gap in entertainment, socialising and other free time between men and women reduced from 29 to seven minutes per day.