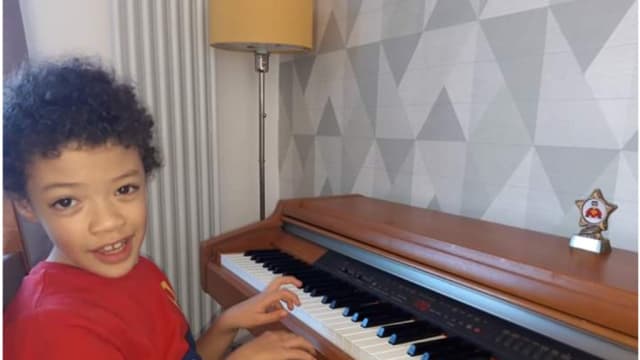 An eight-year-old boy with cerebral palsy and hydrocephalus has hit his fundraising target after delighting his online followers with scores of piano tunes chosen by those who donate.

Lennie Street, from Morley, West Yorkshire, cannot stand or walk independently but loves music and decided to challenge himself during lockdown to play 100 songs picked by his supporters.

He has had thousands of views on his social media accounts as he tried and mastered everything from Beethoven to Justin Bieber and Stevie Wonder.

Lennie first set himself a fundraising target of £750 for his special school – Paces in north Sheffield, which wants to build a new home and be the Yorkshire hub for Conductive Education.

As the donations mounted, he increased his target to £5,000 and, on Wednesday, he said he had now smashed that milestone with donations from more than 200 supporters.

Lennie said: “What a huge amount of money. I never dreamed I would be able to raise so much just by playing the piano. Thank you to everyone who has supported me.”

His mother, Sally Street, said: “I am so proud of Lennie. His efforts and the amount he’s raised are staggering and he amazes me every day.

“Paces is a school that deserves our support and I am excited by what the money will mean for Lennie and all the other amazing pupils who achieve their potential thanks to the amazing care and support they provide.”

Conductive Education is the approach used by Paces to teach young people vital skills such as sitting, standing, walking, communication and self-care so they achieve their potential.

Lennie has been encouraged in his challenge by fellow Paces pupil Tobias Weller, who has been emulating Captain Tom Moore by walking a marathon using his frame, doing 750m a day outside his home in Sheffield.

Tobias is hoping to complete his challenge this weekend.

– You can listen to Lennie’s Tunes on his Facebook page at www.bit.ly/ListenToLennie and donate at his JustGiving page at www.justgiving.com/campaign/Lenniestunes