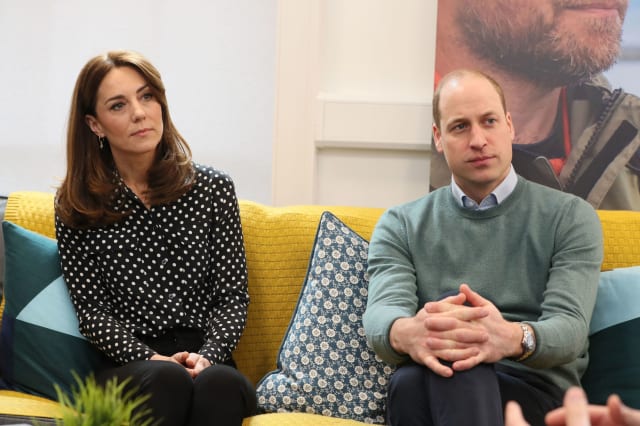 Kensington Palace is responding to a magazine article characterizing Catherine, Duchess of Cambridge, as feeling "exhausted and trapped" by saying it contains "inaccuracies and false misrepresentations."

A palace spokesperson issued a short statement on Wednesday in the wake of a story by Tatler magazine that cites an anonymous friend of the former Kate Middleton saying the duchess is "furious" about her larger workload of royal duties and feeling "exhausted and trapped" since Prince Harry and Meghan, Duchess of Sussex, split with the royal family in March.

"This story contains a swathe of inaccuracies and false misrepresentations which were not put to Kensington Palace prior to publication," a palace spokesperson said in a statement.

The Tatler article, titled "Catherine the Great," is by Anna Pasternak, the author of the 1994 book "Princess in Love" about Princess Diana's affair with James Hewitt based on her interviews with him.

Among the unconfirmed claims, an anonymous "friend" of Catherine's is quoted as saying there was friction between her and Meghan from the very beginning of Meghan's relationship with Harry, "which hurt and incensed Harry."

There have been some public hints at friction between the two royal couples in the last year.

During a trip to Africa in October, Harry addressed tensions with his older brother, Prince William, by saying they are on "different paths" right now. The brothers later denied a report by a London newspaper about alleged bullying behavior by William as "offensive."

Harry and Meghan reunited with William and Catherine in March during their final official appearance as senior members of the royal family at the Commonwealth Day service at Westminster Abbey in London. The two couples barely exchanged a few words during the ceremony.

The former Kate Middleton has since been keeping busy while in quarantine during the coronavirus pandemic, expressing her gratitude for teachers and the social care workers on the front lines, while also playing some bingo with Prince William and residents of a British nursing home to lift their spirits.

- This article first appeared on Today