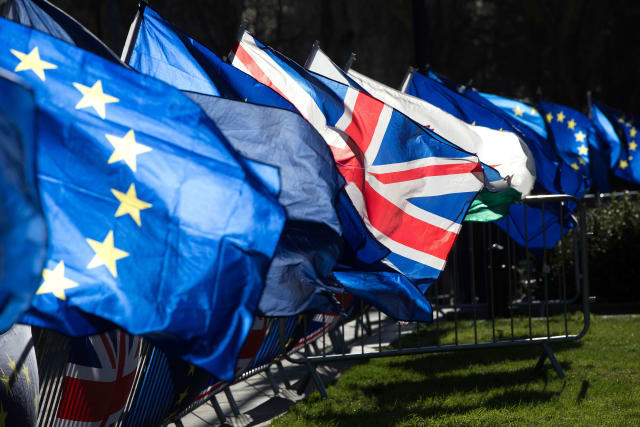 A senior Stormont official has said preparations for Brexit need to be “dealt with urgently”.

There are just seven months of the transition period following the UK’s departure from the EU left to go.

The Executive Office’s Director General of International Relations Andrew McCormick said that the coronavirus pandemic has “undeniably” diverted efforts away.

“Time is very short and we need to get into this urgently but there’s also a very big difficulty in the form of Covid,” he told Stormont’s Executive scrutiny committee.

“Undeniably less attention and less preparation has been done than had the virus not come along.”

Dr McCormick also told the committee that agrifood inspection facilities will have to be expanded “quite materially” as a result of the Brexit deal.

He told MLAs that existing facilities at ports and airports would have to be scaled up to satisfy the EU’s strict rules on food products entering the single market.

“There is no doubt or debate about the need for controls, the question is, can they be minimised and made as low-key as possible,” he said.

“Generally from an update, it is hoped one would get new information or an update on existing information, I have to say having listened to the presentation thus far, I don’t feel I have heard anything new,” he said.

“While this is certainly not your fault or issue, I do think it’s important that we communicate with the department again to say that the purpose of a scrutiny is to give us something to scrutinise.

“It concerns me that effectively a cliff edge in terms of the whole process is Brexit is looming and we still have structures within the architecture of the negotiations that haven’t even met.”

Meanwhile, Agriculture Minister Edwin Poots has suggested the Brexit deal could bring advantages to Northern Ireland, giving it access to both the UK market and the EU single market.

But the DUP MLA said any potential advantages would be dependent on minimising new checks between Northern Ireland and the rest of the UK.

“It has the potential to get right down to around 1% of commercial vehicles that are entering NI, and in that case that wouldn’t be particularly damaging to the economy,” he told the BBC.

“We would have the advantage of actually having access to the single market and to the UK market, and make Northern Ireland an attractive place for inward investment.

“So we need to be very sure that we can actually maximise that advantage, whilst at the other side minimising the disadvantage.”

“The DUP led the local campaign for us to leave the EU back in 2016. They subsequently said that no regulatory border within the United Kingdom was acceptable,” he said.

“Sadly, Edwin is making the same mistake the DUP made on 2nd October last year, in assuming that what is now on the table is the final document.

“The negotiations are not yet over and I would not be surprised if the terms get worse.

“In any event, local business is going to be faced with increased costs, a border is being created in the Irish Sea, with the trade frontier being moved from Newry to Larne and tariffs could still be applied to goods coming from Great Britain to Northern Ireland.

“Northern Ireland will remain in a different economic sphere of influence after the transition period ends on 31st December; Brussels will make regulatory decisions which we must obey even though we have no representation or say in their creation: we will remain under the jurisdiction of the European Court when the rest of the UK will not and Dublin will have more influence over our economic policy than we will have ourselves.”