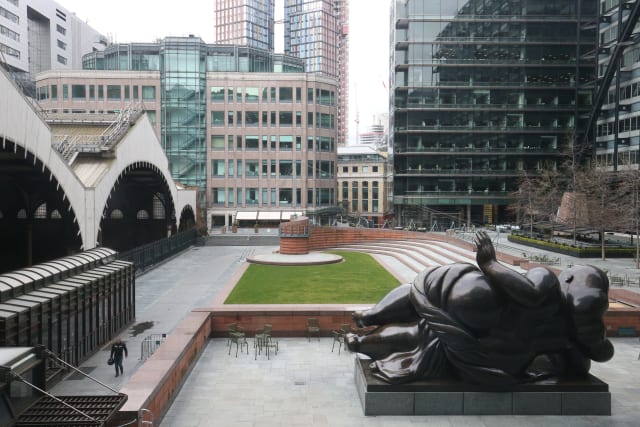 One of the UK’s biggest commercial landlords has revealed that more than half of its retail tenants failed to pay rent in March, as the scale of the coronavirus pandemic became clear.

However, nearly all of the company’s office tenants did stump up.

British Land, which owns shopping centres including Meadowhall in Sheffield and office buildings in London, said the hit to big high street names from the lockdown was likely to shift shoppers online even faster.

The crisis means the company has written down the value of its retail empire by a quarter to £3.9 billion, pulling the entire portfolio down by 10% to £11.2 billion.

Chief executive Chris Grigg said: “This was already a difficult year for retailers, many of whom have been severely impacted by the lockdown, and the early effects of the crisis were reflected in the value of our retail portfolio.”

British Land said it has lost £2 million in rent holidays to the end of June for some smaller tenants and a further £35 million of rent has been deferred to later dates.

A total of 43% of retail customers paid their rent in March, it added.

Retailers had already been struggling before the Covid-19 crisis and, with stores only expected to reopen with tightened rules, some in the sector are concerned about how quickly shoppers will want to return to stores.

By comparison, British Land revealed it collected 97% of rent for March from its London office sites, meaning that, in total, 68% of rent was paid in the month.

Mr Grigg added: “We have continued to lease well in London and committed developments are close to completion and nearly full, locking in £54 million future rents.”

But the landlord said companies with office workers are cautious about returning, with those looking for new sites being encouraged to carry out virtual viewings.

He said: “All of our offices are in London, and here we expect demand to further polarise towards safe, modern, sustainable and well-located workspace.”

The news came as the company revealed that revenues for the year to end of March hit £613 million, down from £904 million a year earlier, with pre-tax losses widening from £319 million to £1.1 billion.

British Land had been warning that shoppers were turning their backs on the high street, selling £236 million-worth of shop space in the six months to November.

It said at the time that it planned to sell a further £1.3 billion-worth of space to cut back exposure to the sector.

On Tuesday, the Government announced plans for non-food retailers to reopen stores, with the majority allowed to welcome customers from June 15.

But Justin King, former boss of Sainsbury’s, recently told the PA news agency that he fears shopping centres will be hardest hit when any lockdown restrictions are eased, with new rules around shopping expected to significantly alter the experience.