Boris Johnson says UK did not have capacity for test, track and trace ready 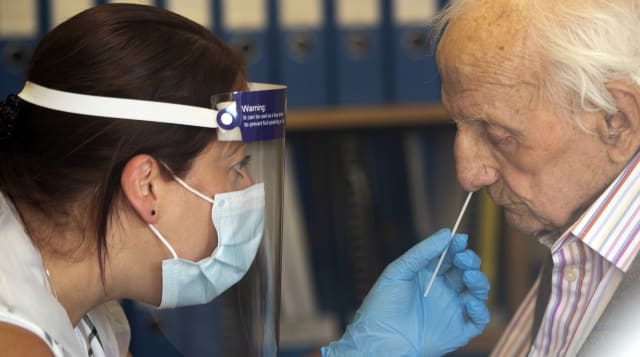 Boris Johnson said the UK did not learn the lessons of past pandemics in developing sufficient capacity for testing and tracing.

The Prime Minister said it was a “brutal reality” when responding to MPs in the Commons Liaison Committee on Wednesday.

Answering a question from former health secretary Jeremy Hunt, he said: “We did have a test, track and trace operation but unfortunately we did not have the capacity in Public Health England.

“And I think the brutal reality is this country didn’t learn the lessons of Sars or Mers and we didn’t have a test operation ready to go on the scale that we needed.”

A test-and-trace operation is now set to be implemented on Thursday after widespread contact tracing was previously abandoned in mid-March.

Mr Johnson also told the committee that the UK is testing more people than any other country in Europe.

This came shortly after the Department of Health announced it was temporarily pausing announcing figures on the number of people who have been tested for coronavirus due to a “small percentage” of duplicates.

Since early in the outbreak, the Department of Health has published a daily update on Twitter with figures including the number of hospital deaths and total cases.

However, since May 23, figures on the number of people tested have not been published, with technical difficulties referenced on each of the daily tweets.

On the tweet posted on May 27, a footnote read: “Reporting on the number of people tested has been temporarily paused to ensure consistent reporting across all pillars.

“This is due to a small percentage of cases where the same person has had more than one test or tested positive more than once for Covid-19.”

On Tuesday, the Department of Health declined to say what technical difficulties had affected previous counts.

A daily tally of coronavirus tests is still being provided, but not the breakdown of how many people this includes.